Nepal is one of the best countries you can visit for your next holiday. It is a country of amazing individuals belonging to different castes from different ethnic groups, following different cultures and religions, and speaking different languages.

This makes the citizens and the nation unique in a beautiful way. Its identity is not just of being the land of the highest peak of the world, Mt Everest, but also the land with different natural, cultural, and historical resources. The ones who love nature enjoy Nepal, but the people who are interested in history also enjoy the historic values, monuments,  arts, and architecture of Nepal.

Nepal is one of the oldest countries in South Asia containing various ethnic groups (i.e. people of the same attributes with similar ancestry, history, language, society) and its native people, where people live with the feeling of brotherhood, helping each other in need. If you are in Nepal, here are a few places you must visit for a culturally rich experience.

One of the most culturally rich destinations to visit in Nepal is Kathmandu. The valley is inhabited by the Newa community, because of which the city is rich with Newa culture. If you are visiting Nepal, Kathmandu–the capital city– is the must-visit destination for you as it gives you the perfect combination of culture, food, festivals, and landmarks that reflect the Newar culture.

The Newa population is one of the original, indigenous, & ethnic groups residing inside the Kathmandu Valley. They speak their language, Nepal Bhasa. They have more than 70 different subgroups occupying 4.99% population of Nepal according to the census of 2011.

In Kathmandu, some of the architecturally, culturally, and historically rich places you can visit are Kathmandu Durbar Square, Ason, Swayambhu, and Bouddha Stupa.

If you are in Kathmandu, you can try various local Newa food items such as yomari, chhoila, chatamari, aila and also enjoy some of the culturally-vibrant festivals like Gai Jatra, Indra Jatra, Ghode Jatra, Seto Machhindranath Jatra, Yomari Punhi, Swasthani, Kwati Purnima etc. Other places you can visit for a similar experience are Bhaktapur and Lalitpur.

Ghandruk is a beautiful village, an amazing place for trekking. From the village, you can get a magical view of Mt Annapurna, Mt Machapuchare, Mt Gangapurna, and Mt Hiuchuli. And, you can easily trek to Poon Hill from here.

The Gurung community is one of the indigenous and ethnic groups residing in Ghandruk. The Gurung community has also been called a ‘martial tribe’ and is famous for their bravery as Gurkha soldiers in British, Nepal, and Indian armies. According to the census of 2011, the community covers 1.97% population of Nepal.

Their main festival is Loshar, which is celebrated at the end of December as the New Year with respect to the ancient calendar. The Gurung community is also famous for its cuisine which contains dhindo made from either millet flour or buckwheat. The traditional side dish for dhindo is gundruk (fermented leafy green curry).

Are you a tea lover? Or do you want to see rare birds and endangered species like red pandas? Then, Ilam is the destination for you.

From the ethnic-cultural perspective, in Ilam, you see the people of the Kirati community (Limbu and Rai) residing here. They are the oldest people known in Nepal. According to the census of 2011, Limbu people occupy 1.46%, whereas Rai people consist of 2.34% of Nepal’s population.

Illam is very famous all around the nation and abroad for its tea. If you are in Ilam, you must visit nine-cornered Mai Pokhari lake, another major attraction of Ilam. During your time, there you can enjoy the famous Sakela dance of the Kirati community performed mostly by their younger generation. If you are lucky, you can participate in their festival, Ubhauli and Udhauli, celebrated twice a year.

Their major food items and delicacies are kinema, yangben-faaksa, wichita, sargemba, tongbga, and many more.

Another wonderful destination to visit in Nepal is Kailali. Here, Tharu people are the indigenous inhabitants. According to the census of 2011, among the ethnic groups, Tharu people constitute 6.56% of Nepal’s population.

In Kailali, you can visit the largest artificial park of Nepal, Tikapur Grand Park, the beautiful Ghodaghodi lake. The latter has also been placed in a protected wetland area of the World Heritage List. Major rivers like Karnali, Mohana, Pathariua, Gauri, etc also flow near Kailali, allowing the visitors to view the natural beauty. You also get to enjoy the wonderful cuisine of Tharu people such as jhunna, dried fish, bagiya, ghonghi, rice wine, and many more.

People of the Tharu community celebrate Maghi festival as their biggest festival that marks the community’s new year. It is celebrated for over a week.

For the people who want to see or climb the highest peak in the world, Solukhumbu is the one and only destination. Hence, it is already a popular destination for adventurers.

But, for culture lovers also, it is a good place to go to. In the Himalayas of Nepal, Sherpas are a prominent group among the ethnic groups residing even in harsh weather conditions. Sherpas are globally renowned as the greatest mountaineers and experts in their region. They have played a vital role in exploring mountains in the early days.

Most of the Sherpa people reside in the Solukhumbu district, the eastern part of Nepal. But, they can also be seen residing in Rolwaling, and Helambu among other places. The Sherpa community consists of 0.43% of Nepal’s population, according to the 2011 census.

While you visit, you can get to Khumjung village, a wonderful place to know about Sherpa culture. Other adventurous trips you can try in Solukhumbu are the Gokyo lake trek and Mera Peak climbing, etc. You can also enjoy Sherpas’ food dishes such as shakpa, thukpa, riki kur, tsampa, and many more. They also celebrate Gyalpo Loshar and other festivals such as Mani Rimdu, Dumji, etc that you can participate in.

One of the destinations with historical and cultural importance is Makawanpur. Here, one can see that the Tamang community, an ethnic group originating from Tibet, resides here. The Tamang community consists of 5.81 % of Nepal’s population, according to the census of 2011.

Makawanpur district is situated on the foothills of the Chure mountain range, so has a cool environment where one can enjoy with pleasure. Beautiful national parks like Chitwan National Park and Parsa Wildlife Sanctuary cover various parts of Makawanpur, so you get to experience plenty of wildlife varieties. Another major attraction of Makawanpur is Nepal’s only human-made lake, Indra Sarovar.

The Tamang community celebrates Sonam Loshar to welcome the Tamang New Year and provides you with various Tamang food items such as alum, baabar, phuraula, gundruk, and many more.

A destination that is rich in historic monuments, as well as the beautiful Himalayas, is Palpa. It houses the Magar ethnic groups that occupy 7.12% of the population of Nepal.

Palpa is one of the 77 districts of Nepal which is mainly famous for its locally handmade Dhaka topi. Palpa contains Ranighat Palace (Rani Mahal) which is also called the Taj Mahal of Nepal and Argali Palace which was made during the Rana regime by Juddha Shumsher. You can also visit Shringar Hill which is a wonderful spot for getting glimpses of the Himalayas such as Dhawalagiri, Annapurna, and Tukuche.

Nakowange, commonly known as Bhumi Puja (worshipping the earth) is the important festival of Magars that has been celebrated from ancient times. While here, you can taste their delicious food items such as batuk roti, Fried tarul (yam), sekuwa, Nepali thali, and raksi etc. 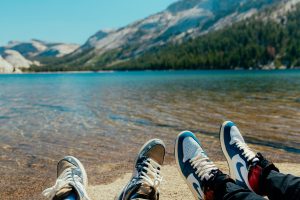 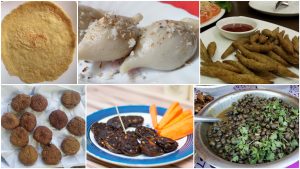