Gangapurna Lake and Manang seen from a hill opposite Manang, Nepal.

But, even travellers to Nepal often return from their vacation with this distorted picture. When I talk to people who have already been to Nepal, I always hear about the friendliness of the Nepalis, the fascination with Buddhism, and the breathtaking mountains. These three points are always mentioned first – by travellers travelling with a tour group.

Incidentally, this limited perspective of many tourists has led to the creation of the website Ask Me About Nepal, by Nikki Thapa.

The founder wrote to me: “My idea is to tell the world that Nepal is not just the land of Everest or Buddha, nor it is limited to the Newars of Kathmandu valley or Sherpas of high Himalayas.”

How does such a picture of Nepal come about?

First of all, I want to make it clear that it is not wrong to mention the Himalayas and Buddhism in the context of Nepal.

My Nepali friends and I are just very amazed that most of the time it is just what tourists limit themselves to.

We ask ourselves how such an image of Nepal comes about when not even 10% (!!!!) of the population of Nepal follow Buddhism and the mountains do not make up the majority of the natural diversity of Nepal.

We, therefore, suspect travellers only want to see what they believe is an integral part of Nepal. What is now part of Nepal is externally attributed to the country by other tourists, tour operators and the media.

The problem of having no contacts among the locals

Right from the start, I was fortunate that I found a place with the Nepalis. From the first day, I learned a lot more about everyday life, traditions and customs. In the meantime, my friends Rajeev and Vishal have founded a small accommodation in Kathmandu, which I always find accommodation during my travels. The big advantage is that the guys can answer all my questions about the country, the culture, society, religion, customs and even the political structure.

Each of our guests will be able to confirm that their stay with us has broadened their Nepal horizons. That, thanks to they stay with us, Nepal is now much more for me than originally thought.

You can only learn more about the country if someone can explain something to you.

You can only penetrate the tourist bubble of the Himalayas and Buddhism with a suitable contact person on site, and only then will you be able to immerse yourself in the real everyday life of the country and get to know the many facets of the country. This is the only way to change the personal image of Nepal.

Of course, the Himalayas and Buddhism also play a role in our travels – but as part of the cultural and natural diversity of Nepal, there is so much to see.

By the way, Nepal isn’t

Ellis Barnes works as a copywriter and web developer for the professional writing essaywriterfree.net. She loves to travel, which gives her the inspiration to write her own articles and short stories. She last visited Nepal this year. 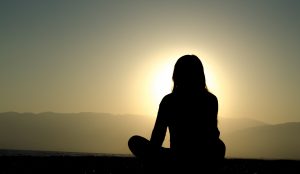