Mi 11X Pro in Nepal: These are features of the popular brand’s new premium mid-range phone

Mi 11X Pro is one of the many smartphones in Xiaomi’s flagship Mi 11 series.

Xiaomi currently is the smartphone market leader in Nepal and has various smartphones in almost every category. It has so many different smartphone models in each category that they not only compete against other smartphone companies but also against products from the same brand in the market. Accordingly, the Mi 11 series itself has eight models. This shows how diverse Xiaomi is in terms of its smartphones.

Mi 11X Pro is a derivation from the flagship Mi 11, due to which the two models share most of the specifications. But, what differentiates is that Mi 11X Pro offers a premium mid-range experience to the users.

There is a 6.67-inch HDR10+ Super AMOLED display on the phone with a resolution of 1,080*2,400 pixels. The phone has a flat display along with a tiny punch hole camera, making more room for display. The display also offers a refresh rate of 120Hz and a touch sampling rate of 360Hz and can reach a peak brightness of up to 1300 nits. The inclusion of HDR10+ and colour spectrum on the phone makes the video watching experience even better on the phone. The company claims that this is one of the best displays in this class.

Mi 11X Pro features a triple camera setup on the back and a single selfie camera on the front. The main 108MP camera on the back is housed together with an 8MP, 119 degrees FOV ultrawide and a 5MP telephoto lens. On the front, there is a 20MP camera with an aperture of f/2.5.

Since it has a 108MP sensor, photos with large resolution can be taken from this phone. The camera is also quick in focus and captures photos with good details. The ultrawide camera is alright while the portraits are good on the phone from both sides. The night mode on the phone also allows the user to capture decent photos under low lights.

Mi 11X Pro runs on Android 11 with MIUI 12 on top. The phone is powered by Qualcomm Snapdragon 888 5G (5nm) chipset and the graphics are handled by Adreno 660. This was a flagship chipset of 2021 from Qualcomm and still is one of the best smartphone chipsets in the market.

There is a 4,520mAh non-removable Li-Po battery backup on the phone. Surprisingly, the phone only has 33W fast charging despite a high price. Although having a 33W fast charger, the company has advertised it will get fully charged in just 52 minutes.

Performance-wise, Mi 11X Pro should have no issue at all. The phone should even support intensive gaming and heavy multi-tasking works without breaking a sweat. Better battery life and a faster charger would have been the icing on the cake.

There are two variants offered from Xiaomi for Mi 11X Pro. The 8GB LPDDR5 RAM comes with either 128GB or 256GB of internal storage. There is no provision of expanding the storage with a microSD card. The combination of UFS3.1 storage and LPDDR5 RAM makes the phone highly efficient for multitasking.

The phone supports dual sims and both of them support a 5G network. The phone also supports Bluetooth 5.2 and Wifi 6. The phone can also get connected through a USB Type-C 2.0. 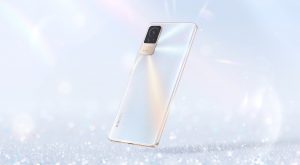