Redmi 10C has been officially launched in Nepal. This is yet another budget offering from the company. This is also the fourth launch in the Redmi 10 series. Xiaomi previously launched the Redmi 10, Redmi 10A, and Redmi 10 Prime of the same series in Nepal.

Redmi 10C is a smartphone with some basic features. It has an HD+ display and a simple design. There is a high-resolution primary camera lens on it, but the rest are not so impressive. The battery backup on it is also basic but supports a faster charging system. Yet, the Redmi series has always been a value for money and Redmi 10C should be no different.

Let’s get into the details and know what it is offering.

Redmi 10C shares a lot of features with its base model Redmi 10, which includes design and styling as well. It has a glass front, a plastic back and a plastic frame build. The single-colour texture design on the back of it features a camera module on the top left while Redmi branding is done just beside it. The fingerprint sensor is also placed below the Redmi branding.

The phone weighs around 190 grams and measures 8.30mm in thickness. It is available in grey, green and blue colour options.

On the front of it is a 6.71-inch IPS LCD display offering a resolution of 1,650*720 pixels and 268 PPI density. The display supports a 60Hz refresh rate and can achieve a brightness of 400 nits. Furthermore, the display also has Gorilla Glass protection.

Redmi 10C comes with a dual camera setup on the back. The primary 50MP camera has an aperture of f/1.8 with a PDAF feature. It is housed together with a 2MP depth sensor and an LED flash. On the front is a 5MP camera with an aperture of f/2.2.

The cameras can record videos in 1080p resolution at 30fps.

Redmi 10C runs on MIUI 13 , which is based on Android 11. It is powered by Qualcomm Snapdragon 680 4G (6nm) chipset. This power-efficient chipset is a popular choice among costlier smartphones than Redmi 10C. Similarly, the graphics on it is handled by Adreno 610.

At the moment, Redmi 10C is available with 4GB RAM and a 64GB internal storage variant. The storage can be further expanded by up to 1TB with a micro SD card, for which there is a dedicated slot on it.

Redmi 10C has a 5,000mAh non-removable battery backup. Xiaomi has marketed that this power is enough to provide 29 hours of reading time, up to 190 hours of music, up to 19 hours of video playback and up to 11 hours of gaming time. Though the device supports 18W fast charging, you will only get a 10W charger inside the box when you purchase it.

It supports dual sims with up to 4G network connectivity. It also supports dual-band wifi, GPS, NFC and even FM radio. For wireless pairing, it has Bluetooth 5.0, while a USB Type-C 2.0 cable is used for charging and wired pairing. For the audio, there is a single speaker on the bottom of it and a 3.5mm headphone jack as well. 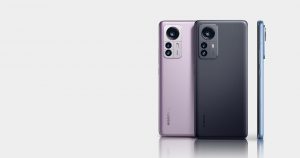 Mi 11X Pro in Nepal: These are features of the popular brand’s new premium mid-range phone 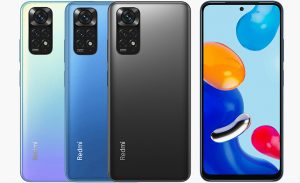