Vivo Y33s in Nepal: The phone might be okay, but the current market is unlikely to favour Vivo Y33s is the latest addition in the Y series of the Vivo smartphones. The phone was officially released along with the mid-ranger Vivo V23 5G and a budget smartphone Vivo Y01.

Yet, Vivo Y33s is not exactly a new model from Vivo. The phone was already launched in the international market last year and has only recently made its way to Nepal.

The phone offers a larger resolution camera along with a slim and thin design. It also offers a good battery backup along with a decent charging feature. There are also multiple photography features on the phone for quicker and better photography. Vivo Y33s also features game boosting technology for gamers out there. Overall, the phone might be good in itself, yet a tough market competition in Nepal in the price range might not favour this latecomer.

Let’s find out more about the phone.

Vivo has been consistently providing elegant designs on its smartphones and Vivo Y33s is no exception. The phone has a glass front with a plastic back and a plastic frame. The phone offers a pleasing finish on the back that holds a rectangular camera panel. It has a side-mounted fingerprint sensor which is also the power button of the phone. ما هو الديلر

The phone weighs 182 grams and is 8mm thick. It is available in two colour options: mirror black and midday dream, both reflecting the beauty of their own.

On the front is a 6.58-inch IPS LCD water-drop notch display. It has a resolution of 1,080*2,408 pixels. With a screen-to-body ratio of 90.6%, it offers more space for the view. Furthermore, the phone also has a built-in blue light filter that prevents harmful blue lights and reduces the problem of eye strain on the users. There is also a “facewake” feature to unlock the phone.

Vivo Y33s features a triple camera setup on the back and a single selfie shooter on the front. The main 50MP camera on the back is accompanied by a couple of 2MP depth and macro sensors. On the front is a 16MP camera for selfies and videos.

Both cameras on Vivo Y33s can record videos at [email protected] 30fps only. The cameras feature EIS for stable videos.

Vivo Y33s runs on Funtouch 11.1 based on Android 11. The phone is powered by MediaTek Helio G80 (12 nm) chipset while the graphical duties are handled by Mali-G52 MC2.

The phone features some performance-boosting features like ultra game mode and hyper-engine game technology that enables dynamic management of CPU, GPU and memory, delivering sustained performance and longer gameplay. There is also a Multi-Turbo 5.0 feature that is said to enhance data connection, system processor speed and power-saving performance.

Vivo Y33s feature a 5,000mAH non-removable li-po battery. The battery can be charged with an 18W fast charger. The battery life should be enough to last through a day even with maximum usage time.

The phone features a dual sim system and also supports dual-band wifi. اللاعب روني Furthermore. It has Bluetooth 5.0 and supports GPS, OTG and FM Radio. melbet The phone uses a USB Type-C cable for charging and connecting the phone with other devices.

There is also a 3.5mm headphone jack on the phone for audio connectivity.

Overall, notable features on the phone include:

In this price range, Vivo Y33s competes with the latest releases from Samsung, Realme and Xiaomi. As mentioned earlier, Vivo Y33s was released last year in other parts of the world and only made its way here this year. This is a great disadvantage to the company.

Although the phone offers a beautiful design, it lacks many features when compared to the smartphones of similar prices released this year. Samsung has Galaxy A23, Realme has the Realme 9i and Xiaomi has the Redmi Note 11 in a similar price range to Vivo Y33s.

The newly released smartphones have updated and faster processors, more efficient chipsets, better camera performance and even better displays. Yet, it would be an enormous challenge for Vivo to compete against the best in the market. 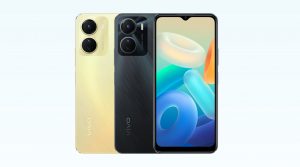 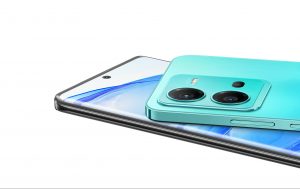 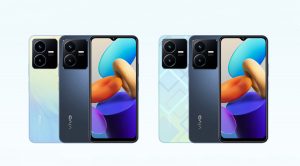 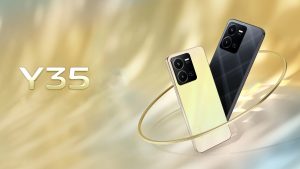 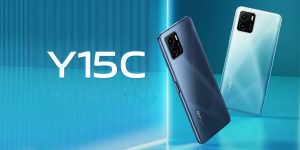