A private transport service company has launched the operation of two public electric buses on the Ring Road route of Kathmandu on Monday. The company says it will add more buses to its fleet soon.

This is the first time that the electric buses are available to the public after the shutdown of the government-run trolleybuses more than a decade ago.

The company also introduced a ‘smart’ card and announced that a passenger would get 20 per cent discount on the fare if paid by the card. Payments can be made with mobile phones also.

The company’s chairman Bhesh Bahadur Thapa says it will operate a total of 25 electric buses in Kathmandu by mid-April next year. It has already signed a contract with a Chinese company to bring 11 new buses soon, according to him.

The company claims that the buses are friendly to Kathmandu roads as they are designed as per demands sent by the company. 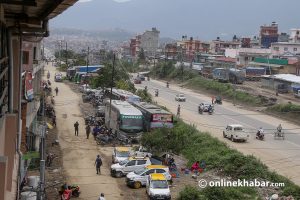 Public transporters feel govt discriminated against them while relaxing lockdown 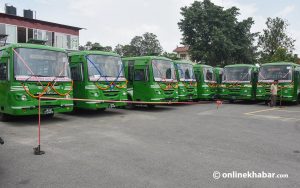