Redmi 10 has been finally launched in Nepal. The budget smartphone is one of the many variants of the Redmi 10 series and is a cheaper alternative to its own Redmi Note 11.

While branded as Redmi 10C in the global market, the Indian version gets just Redmi 10. The phone offers decent features for its price. It features a large-resolution camera sensor, a huge display for better viewing, a big battery backup along with a power-efficient chipset and supports fast charging. In particular, the new processor that is faster than its predecessor can appeal to the customers here.

Redmi 10 has a minimalistic and straightforward design. The phone has a glass front with a plastic back and a plastic frame. The back has a single-colour texture design with a camera module on the top left. The Redmi branding is done just beside the camera module. Similarly, the fingerprint sensor also resides just below the Redmi branding and is positioned slightly higher than the one seen on other phones. Redmi claims the back of this phone is smudge-free.

The phone weighs 203 grams and is 9.13mm in thickness. It is available in midnight black, Pacific blue and Caribbean green colours.

On the front is a 6.67-inch IPS LCD panel with a resolution of 720*1,650 pixels. The waterdrop notch display has a refresh rate of 60Hz and can achieve a typical brightness of 400 nits. The display also has Gorilla glass 3 protection.

Redmi 10 features a dual-camera setup on the back. It features a 50MP camera with an aperture of f/1.8 along with a 2MP depth sensor. On the front is a 5MP selfie shooter which resides in the notch of the display. The cameras on the front as well as on the back can record 1080p resolution videos at 30fps.

Redmi 10 runs on MIUI 13 based on Android 11. The phone is powered by Qualcomm Snapdragon 680 (6nm) chipset while the graphical duties are handled by Adreno 610. This is a huge upgrade in performance as Redmi claims this phone has a two times faster processor than its predecessor, Redmi 9.

Redmi 10 comes with either 4GB or 6GB of RAM coupled with 64GB and 128GB of internal storage respectively. The phone provides the feature of expanding both RAM and storage. The RAM memory on the phone can be expanded up to 8GB depending upon the base RAM variant while the storage can be expanded up to 512GB more with the help of a microSD card. The phone has a dedicated slot for the SD card.

Redmi 10 features a massive 6,000 mAh non-removable li-po battery. The battery on the phone can be charged with an 18W fast charger. However, the user will only get a 10W charger on the box and have to purchase a separate 18W fast charger if they want faster charging.

The phone supports dual sim cards for cellular connectivity. It also supports dual-band Wifi. Furthermore, the phone features Bluetooth 5.0 for wireless connectivity with other devices and uses USB type-C 2.0 for charging and wired connectivity. There is a single speaker on the phone and a 3.5mm headphone jack for audio.

The notable features of the Redmi 10 are: 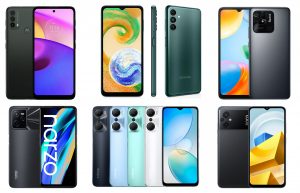 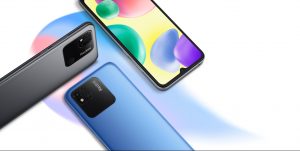 Redmi 10A in Nepal: Nothing new yet follows a ‘good’ tradition in the budget range 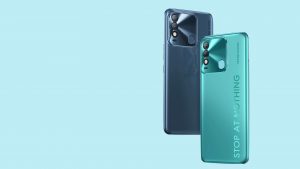 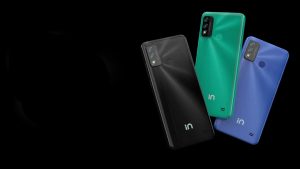