For a decade, the Nepal cricket sector revolved around Paras Khadka, Gyanendra Malla, Binod Bhandari, Sharad Vesawkar and Basanta Regmi. From playing in the T20 World Cup to receiving an ODI status, these players had an important role.

Khadka has already retired from the team whereas Regmi apparently is living abroad. Vesawkar last played in World Cup Cricket League 2 against Oman in September 2021.  Likewise, Malla seems to be playing as he appeared in a three-nation series of World Cup Cricket league 2, in Dubai on March 22.

But in the ODI series against Papua New Guinea held after the Dubai match, even Malla was also not in the team. He also did not play the matches of the three-nation T20 series currently underway in Kathmandu. This means, for the first time since the mid-2000s, Nepal played without Khadka and his contemporaries. This generational transformation comes with opportunities and challenges for Nepal cricket.

Lately, the former Nepal cricket captain Gyanendra Malla was out of form. Wicketkeeper-batter Bhandari is being irregularly selected in the team. Bhandari was not in the team during the T20 World Cup qualifier held in Oman a month back. But, he played for the team in the recently held World Cup league 2 in UAE.

Now, with the signing off of these two players, there is no one who is in the team in the 2000s.

Now, the Nepal cricket national team is in charge of the youth. The captain of the team for both ODI and T20 formats, Sandeep Lamichane is just 21. In a team announced for the two recent series, Sompal Kami is the most experienced player to play international matches. He played in the T20 World Cup for the first time in 2014. Then, Karan KC and Aarif Sheikh come on the list of senior players. Both of the players made their debut in international matches in 2015.

Dilip Nath, Anil Shah and Rohit Paudel made their debut in the national team in 2018 whereas Avinash Bohora, Pawan Sharraf and Kushal Malla are members of the 2019 batch.

Currently, Dev Khanal and Aadil Ansari have made their entry into the senior squad. Left-handed batter Dilip Nath and wicketkeeper-batter Anil Shah have returned to the national team after 2018.

In the present squad, there are eight players who made their debut in 2021. Kamal Singh Airee was also added to the team in 2020 only.

Bhim Sarki made his debut in the senior Nepal cricket team during the last game of League 2 against Papua New Guinea in the UAE. He was already included in the squad in 2019 but waited for three years to debut.

As no senior players have been selected for the current Nepal cricket squad, young players now have great responsibilities towards the team. However, as of late, most of the players of the current team have been frequently playing for the national team.

“We want to give a rest to senior players and focus on young ones,” says Dipendra Chaudhary, the head of the Nepal cricket team selection committee. “We gave a rest to Malla and Bhandari. Later, we will again call them in the camp.”

“To make a strong bench for the future Nepal cricket we are testing young players,” he adds.

Dev Khanal and Aadil Ansari, the debutant in the national team, have already played for the U-19 national team. Khanal was even captain of the U-19 team. After performing well in the recent matches, both of the players played during the U-19 Asia Cup in December in Dubai.

The contemporaries of these two players in the national team–Kushal Malla, Lokesh Bam and Gulshan Jha–have recently acquired high-performance training in India.

But, it does not mean that there are no challenges in front of Nepal cricket. Team captain Lamichhnae and head coach Pubudhu Dassanayake both agree that the team have room for improvement.

“We need to convert the small scores into big ones,” says Lamichane. “We all have been working on it.”

“As all the players in the team are young, we need to improve in various areas,” says Dassanayake after the match on Monday. “For now, the problem is being a team of young ones. The base of the team is being prepared. We are getting ready as a team.”

However, Dassanayake is happy with the overall performance of the team and the potential they hold. 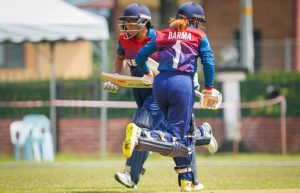 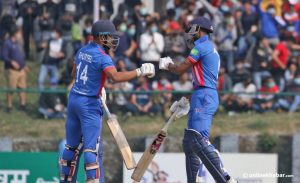 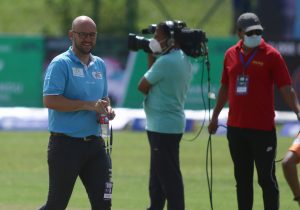 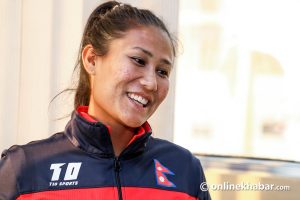