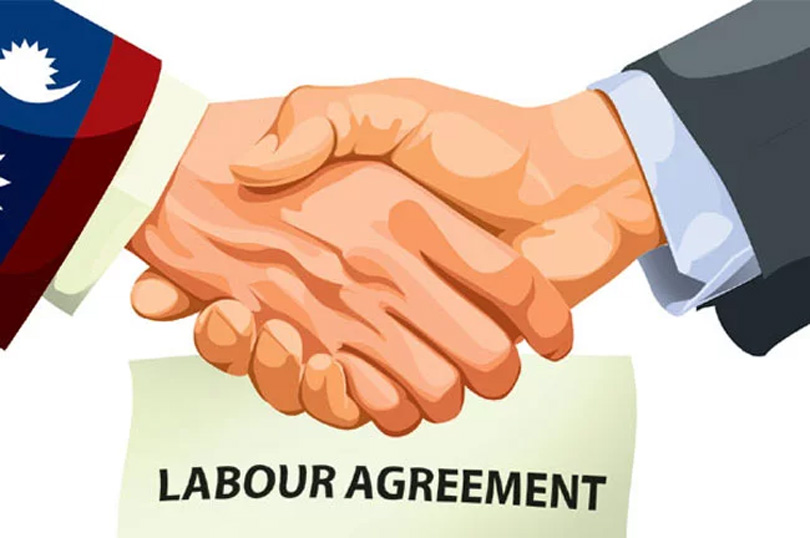 A joint secretary-level Joint Technical Committee is being formed for the implementation of a labour agreement signed between Nepal and Jordan recently.

A press release issued today by the Ministry of Labour and Employment states that the committee is going to be formed in order to hold discussions on the issues related to Nepali migrant workers in Jordan as part of the implementation of the agreement.

An arrangement has been made to hold the Committee’s meeting once a year.

As per the agreement, there is also an understanding to implement the free ticket and visa provision for Nepali workers willing to go to Jordan for employment. The government has also implemented the same provision in Qatar, Bahrain, Saudi Arabia, United Arab Emirates, Oman, Kuwait and Malaysia.

A mechanism will be formed in a bid to resolve any dispute between the employee and employer, while a provision will be put into action that will guarantee welfare, and security of Nepali migrant workers.

About 8,000 Nepalis are working in the country in the garment and service sectors, according to the Ministry.

Although Nepal has allowed Nepali migrants to work in 109 foreign countries, bilateral labour agreement has been signed with only a few including Qatar, Jordan, Bahrain, South Koran, the UAE and Israel.