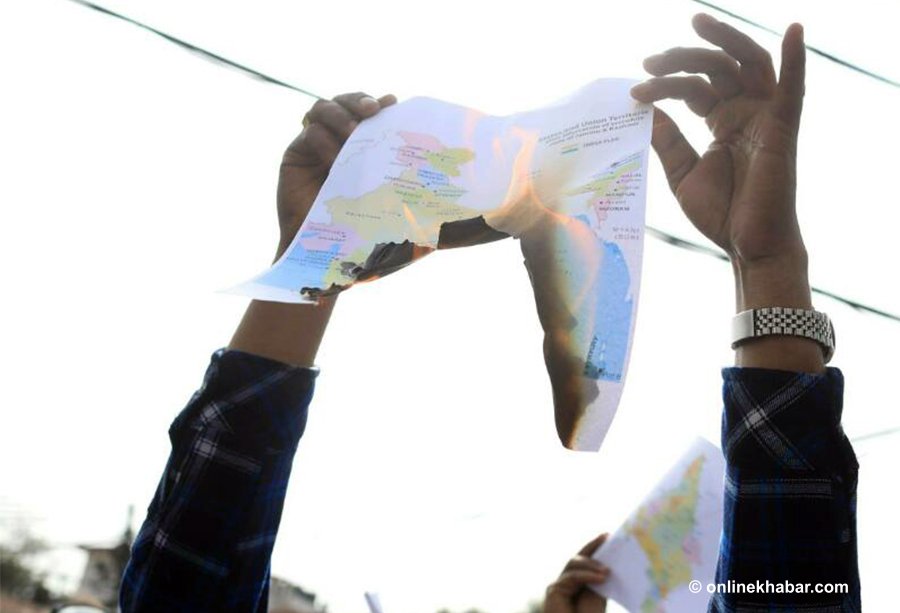 Students from various colleges have staged a protest programme near the Indian Embassy in Kathmandu on Friday. The student chanted slogans and burnt down the Indian map which has put Nepali territories on its map.

On the map recently made public by India, Nepali territories of Kalapani and Lipulekh have been put on the Indian side. Protests have been organised in various parts of Nepal after that.

Leaders of various political parties have been claiming that the territories are Nepali, urging the government to talk to India about the issue.

The government too has claimed the land to be Nepali, adding that it will hold diplomatic talks with Nepal.

India, on the other hand, claims the land to be part of its sovereign territory.