A woman has killed her husband by attacking him with a sickle and a stone, at Phagam Jhirbang, Sunchhahari rural municipality-6 of the Rolpa district in Lumbini.

She has been kept at the Sulichaur Area Police Post and the District Court has already remanded her in custody, according to the District Police Office information officer Krishna Rana. 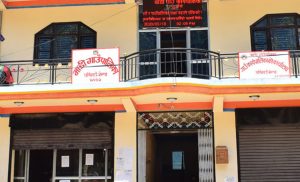 UML and Nepali Congress partner for polls in Rolpa also