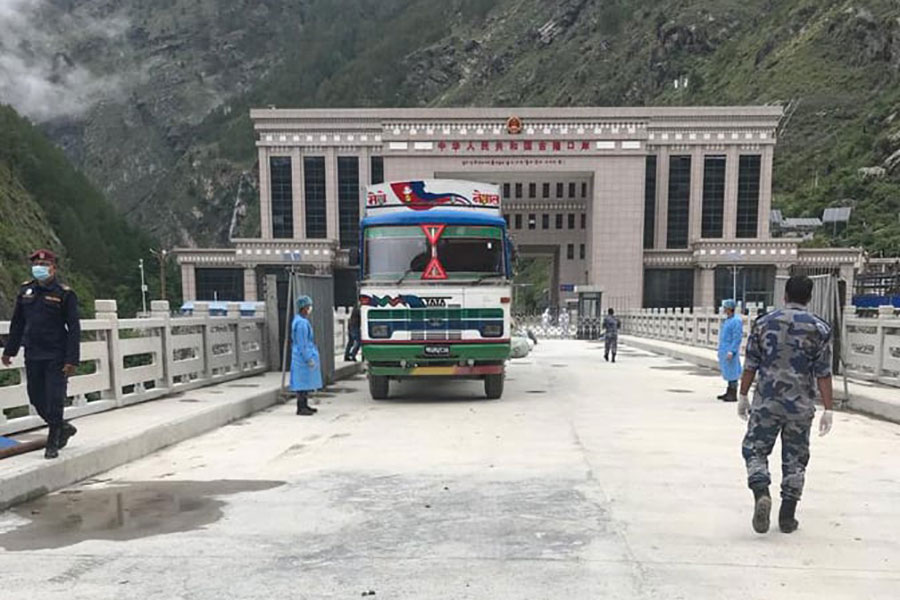 The Rasuwagadhi border point between Nepal and China has reopened for trade activities on Friday after a gap of around three weeks.

The Rasuwagadhi Customs Office Chief Ram Prasad Regmi says seven containers are coming to Nepal from Kyirong of Tibet today. Chinese officials had informed Regmi of the reopening of the border on Thursday night.

The checkpoint had remained closed since February 11 owing to the Chinese Spring Festival and subsequent Lhosar festival in Nepal. Another border point shut due to the same reason, Tatopani, has already come into operation.

Consequently, traders had expressed concerns over the delay in reopening the border, warning it could result in a shortage of summer garments in the Nepali market.