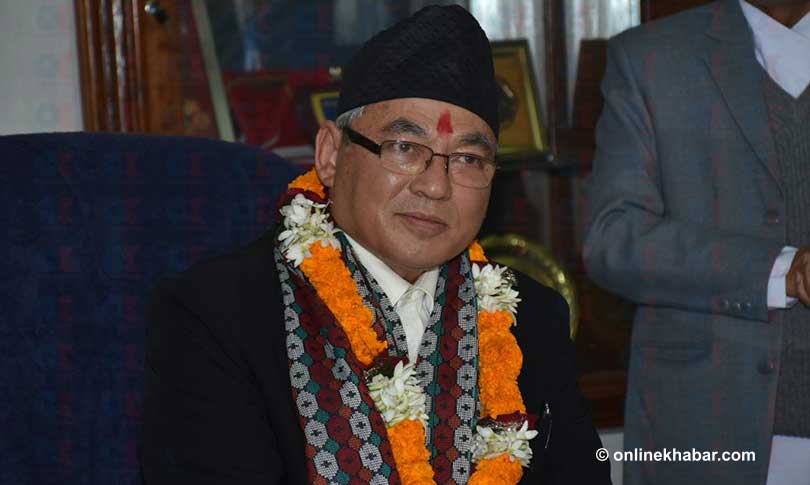 File: Ram Bahadur Thapa assumed his office as the Minister for Home Affairs, in Kathmandu, on Monday, February 26, 2018. He leads the Maoist Centre group in the cabinet.

The National Assembly Secretariat says Ram Bahadur Thapa, who was elected to the assembly representing the CPN-Maoist Centre in 2017, has lost his membership as the party that he represented removed him.

Thapa is one among several leaders who had joined the KP Sharma Oli-led CPN-UML by defecting the Maoist Centre after the new political context triggered by Oli dissolving the House of Representatives in December 2020.

Earlier, Top Bahadur Rayamajhi, Lekh Raj Bhatta, Prabhu Sah, and Gauri Shankar Chaudhary had been relieved of the House of Representatives membership due to the same reason.

Along with the legislator’s position, Thapa also lost the home minister’s status because he was inducted into the cabinet as a member of parliament.

Now, if Oli wants to continue including Thapa as the home minister in his cabinet, he should reappoint him as he did for Rayamajhi, Bhatta, Sah and Chaudhary a few days ago.