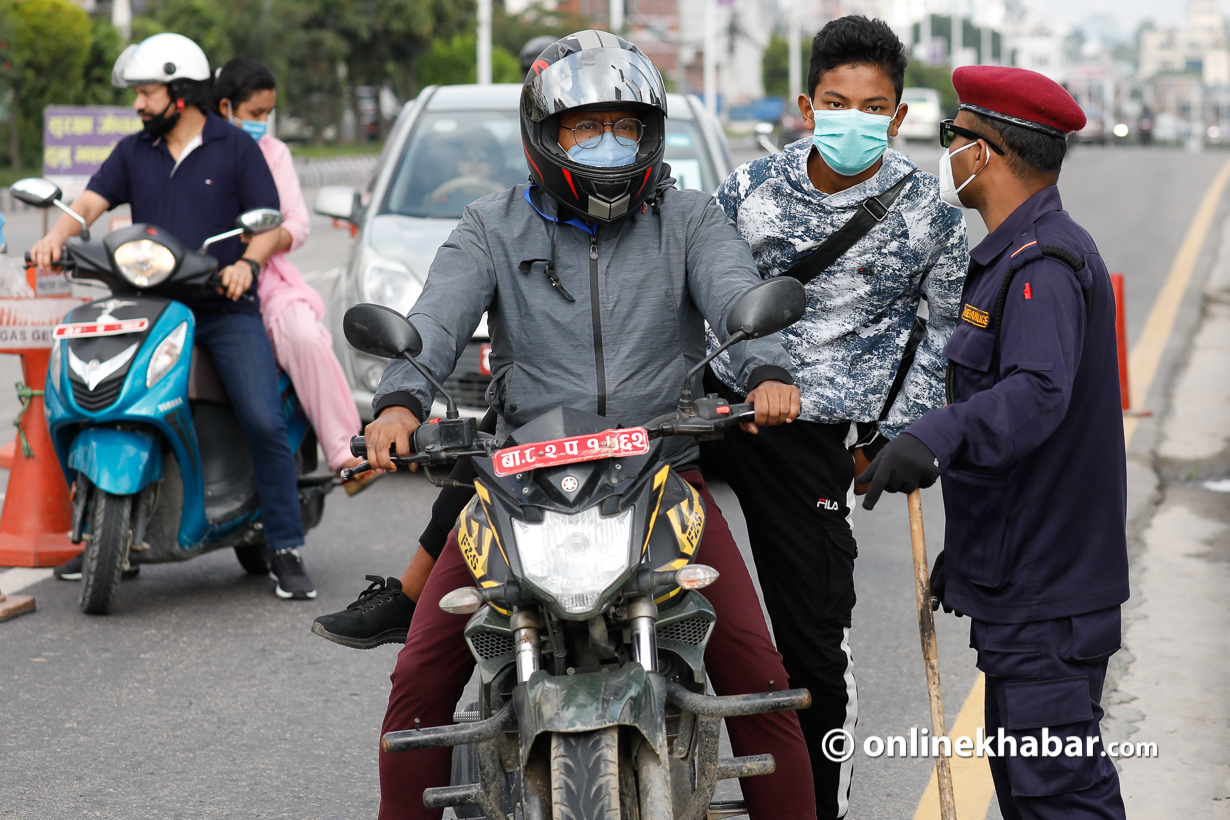 File: A policeman interrogates a biker for flouting the odd-even rationing in Kathmandu.

Chief district officers of Kathmandu, Bhaktapur and Lalitpur districts in the Kathmandu valley have introduced the odd-even system in the operation of public and private vehicles in the capital city as the number of new Covid-19 cases continues to rise in an unprecedented way.

According to different notices issued by the CDOs on Thursday evening, the new restrictions will come into force from Friday midnight until the next notice. During this period, only the vehicles with odd registration numbers will be allowed to ply on odd days as per the Nepali calendar whereas the even vehicles will get their turn on even days.

The odd-even system was in operation in the Kathmandu valley for several months during 2020 and 2021 lockdowns. It was only in July 2021 that it was officially lifted from the valley.

Meanwhile, the officials have set a limit of 20 people at once for the operation of shopping malls, department stores and event venues. Restaurants have been allowed to let their customers dine in as long as the number does not cross half of their capacity.