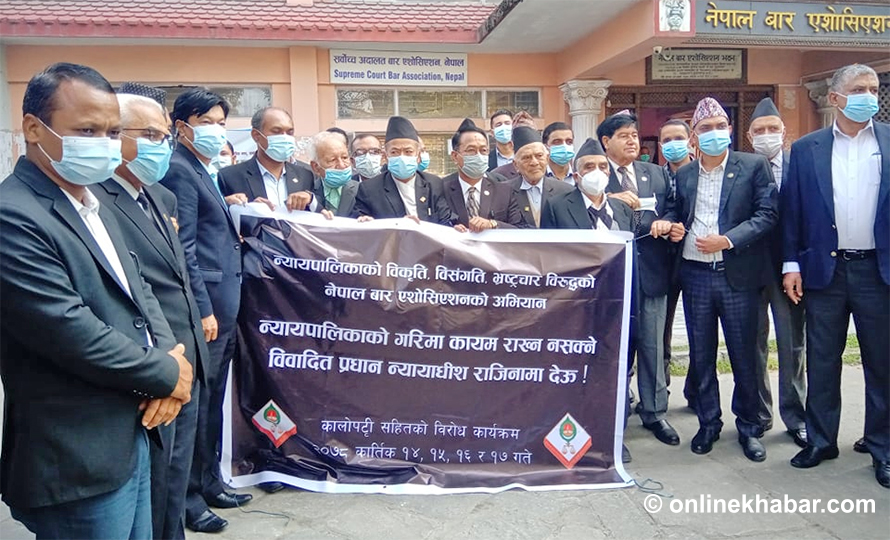 The umbrella organisation of Nepali lawyers, the Nepal Bar Association, has launched a protest demanding the resignation of Chief Justice Cholendra Shamsher Rana, claiming recent controversies about his role defamed the judiciary.

Earlier, on Friday, the association had decided to launch the protest from today while issuing a five-day ultimatum for his resignation.

Of late, the stakeholders have demanded that Chief Justice Rana resign from his position as he has been accused of partnering with the executive on various occasions during the premiership of KP Sharma Oli and Sher Bahadur Deuba. But, Rana is adamant against the demand.

Hence, to put pressure on the chief justice, the association also has decided to stage a protest on the Supreme Court premises from Sunday.

Meanwhile, another group of lawyers also staged a demonstration there, demanding the court resume its regular functioning pronto.