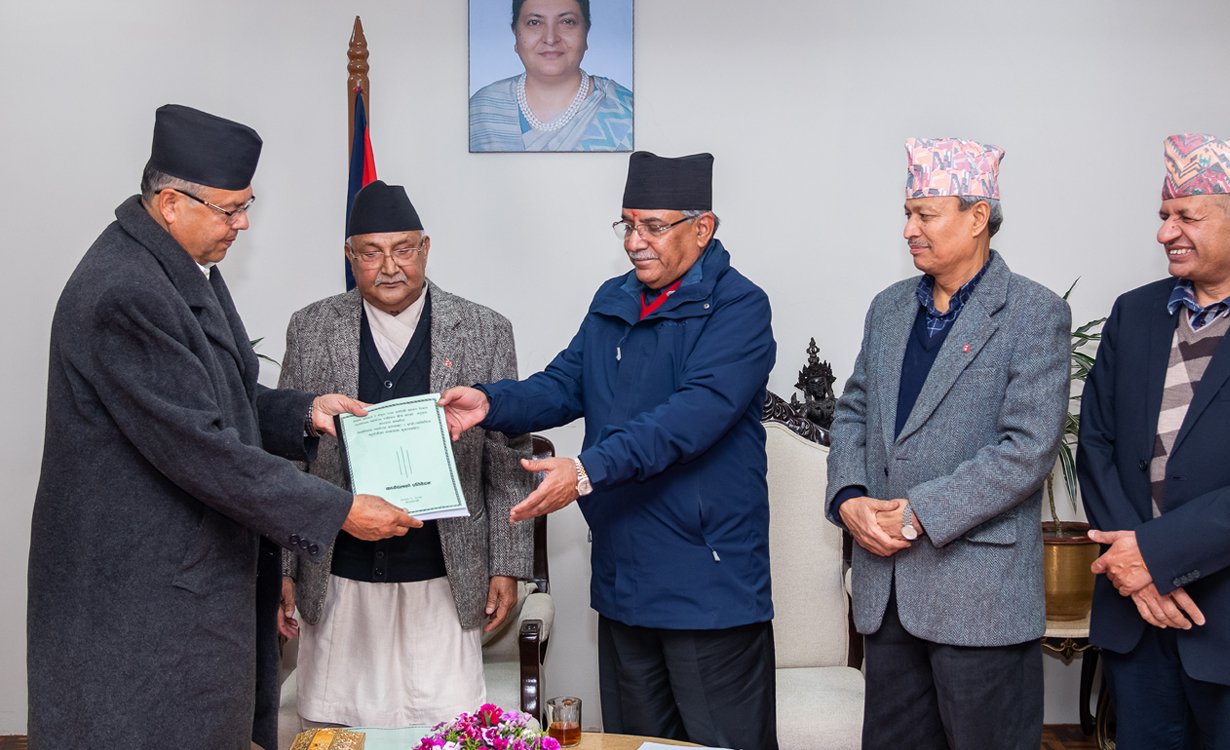 Members of a task force hand over their report to the chairs of ruling Nepal Communist Party, recommending seeking amendments before endorsing the MCC deal signed with the US, in Kathmandu, on Friday, February 21, 2020.

It has been nine months since a three-member task force within the ruling Nepal Communist Party submitted a report to the party leadership suggesting some provisions of the Millenium Challenge Corporation deal signed with the United States government are against national interests, hence they should be amended before execution.

After many months, in September, the party’s standing committee directed the government to amend the deal in coordination with the American government before it gets endorsed by the federal parliament paving ways for its implementation.

However, the government has not done anything about the party’s directive.

By now, the deadline of June 30 set to begin the implementation of the 500-million grant project has already been past, but the government has been unable to table it in the House seeking endorsement, a prerequisite for the implementation, owing to the dispute in the ruling party. Meanwhile, American officials in Kathmandu have expressed their readiness to discuss provisions of the deal with the Nepali side.

However, sources close to the MCA Nepal, an agency established to implement the deal, says the government has not communicated with the concerned officials seeking amendment or any action.

“The MCC has already done some homework about responding to the questions raised by the NCP task force. But, who will communicate those questions to the MCC?” says a source.