Nepal’s Minister for Finance Gyanendra Bahadur Karki and MCC Acting CEO Jonathan Nash sign agreement in the Treaty Room of the US Department of State, Washington, on Thursday, September 14, 2017.

In an interview with Onlinekhabar, the Kathmandu-based US Embassy’s spokesperson Anna Richey-Allen says, “MCC is prepared to respond to enquiries from the government of Nepal to support and update their understanding of the compact’s clauses.”

The official’s statement comes a month after the ruling Nepal Communist Party directed the government to amend the 2017 deal about the receiving the grant before the Federal Parliament endorses it opening the door for its implementation. A majority of leaders in the ruling party claim certain clauses of the agreement are against Nepal’s national interest.

In this context, Richey-Allen also reminds, “Prior to signing the MCC compact in 2017, both the government of Nepal and MCC fully reviewed and agreed upon each provision during formal negotiations.”

Clarifying that Nepal can still move ahead with the set procedure to receive the grant although an initial deadline set for it has been over, the spokesperson, however, warns, “It is not an open-ended offer.”

“In order for the compact to be viable, it is important for the government of Nepal to ratify the compact and complete the remaining preliminary activities for the project soon.” 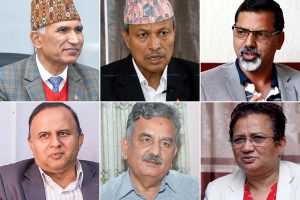 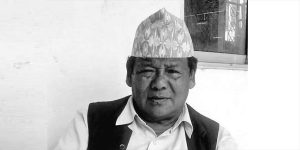