Four people have been arrested on the charge of robbing a Chinese national, in Kathmandu, in March 2021.

Police have nabbed a group of four persons with Rs 2 million and gold ornaments from various places in the Kathmandu valley. They have been accused of robbing a Chinese national currently staying in Kathmandu.

The arrestees have been identified as Phulkaji Tamang, Amir Tamang, Buddha Tamang and Roshan Lama of Sindhupalchok district, currently living in Kageshwari Manohara of Kathmandu.

On March 29, they broke into a rented apartment of a Chinese national, Yong Chhiyong, 34, at Thamel and robbed him of the amounts and gold ornaments, say the police.

The masked robbers took under control the wife of Yong, Anjali Tamang, and brothers-in-law Prabesh Tamang and Pasang Tamang and robbed the belongings, it has been learned. 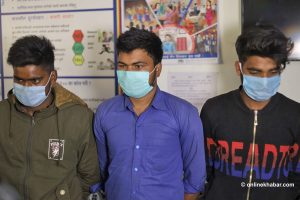 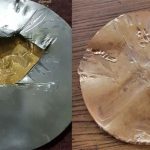