Charging stations for scooters are being set up in Delhi. Photo by Ather Energy on Unsplash

Two weeks ago, I was returning home from work. It was a long day and I thought I had enough charge on my scooter that gives me around 80 kilometres on a full charge. But, I was wrong. I ran out of battery at the Patan Industrial Estate and was left without any option. I did not have a charger, which meant I had to go home with the battery, charge it and then return to the place where I had my scooter. It was a proper waste of time.

It would have been great if the estate have had a charming station. But, it did not, and I had no option but to go home, charge it and come back.

In a city that wants to promote electric vehicles, there are less than 20 charging stations in the Kathmandu valley. Almost all of these stations are located at car showrooms of Hyundai, Kia, BYD, Sipradi or MG Motors; that makes it only accessible to those who own cars of these companies. None of them is in major areas of the city or a petrol station and none of them can charge two-wheelers.

For a city that has more electric two-wheelers than cars, this is a serious issue as the electric bikes and scooters only have an average mileage of 70 kilometres. While many have been coping with this quite well, there are some who have not been so lucky as they have run out of battery midway through their commute in the valley. Like me…

Companies, over the past few years, have been selling a lot of electric two-wheelers in the valley. NIU, Terra Motors, Super Soco, Yadea and others have been doing well, but none of them has a charging station anywhere.

“They have low amperes and can be charged anywhere from a small tea shop or at offices. There isn’t much hassle, which is why there has been no effort to make charging stations for two-wheelers,” says Manandhar. “That said, it would be great if the government would make efforts to set up charging stations, but to me, it seems far-fetched.”

Samaya Giri from NIU Scooters also says it would be great to have charging stations for two-wheelers but adds a lot needs to be done by the government.

“We’d love it if we could include plugs in these charging stations proposed by the government, but as of now, we have no idea when they plan to instal in Kathmandu,” says Giri, who oversees marketing at NIU scooters.

Environmentalist Bhushan Tuladhar also feels charging stations for two-wheelers or cars is not a necessity for now. He says as they are mostly in major cities that are small, a range of 100 km is enough for commuting.

“I understand that the current environment isn’t favourable for electric vehicles especially due to lack of charging stations, but for Kathmandu, I don’t think it’s necessary now, even for two-wheelers,” says Tuladhar.

Going beyond here and now

While he says that a few companies in India have already installed charging stations for two-wheelers, in long run, Nepal will have to do it but before that Nepal Electricity Authority that is planning to set up these stations, need to have a plan on how they set these stations up.

“Standardisation is going to be an issue, but let’s hope things change. But, for now, the focus of the government should be on building these charging stations and promoting the sale of EVs across the country. That way, in 10 years, we can replace all the petrol stations with electric charging stations,” says Tuladhar.

Samaya Giri from NIU Scooters says while these two-wheelers are perfect for a city like Kathmandu, charging stations in other cities across the country like Biratnagar are a must as people have to commute longer distances.

Dibesh Manandhar, an electric scooter user, hopes things change fast. As he is involved in the service industry, he has to travel a lot in the city. There are days when he has to travel around 50 kilometres in a day. This is why he carries his charger with him every day.

“I don’t like taking chances. Even when I charge the scooter fully, I still carry the charger with me and charge it whenever I get the chance,” says Manandhar. But, he knows this is impractical, hence more charging stations will be beneficial.

Meanwhile, the Nepal Electricity Authority, the government monopoly controlling the distribution of electricity across the country, says that a deal has been struck with a Chinese company to establish 50 charging stations across Nepal, but these stations will not include charging for two-wheelers as they say they do not think it is necessary.

“We’ve reached a deal that will complete by April 2022. Most of these charging stations will be set up on highways. These are high kilowatt charging stations that will charge cars in a few hours and can even charge busses swiftly,” says Suresh Bahadur Bhattarai, the NEA spokesperson. “As for two-wheelers, as it’s easy to charge them at home and due to it not being favourable for long-distance travel, there are no plans to install charging stations for them.” 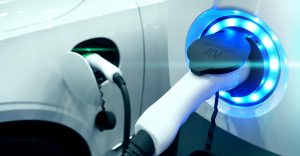 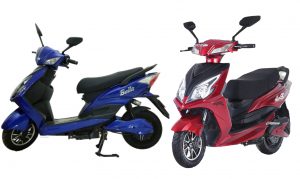 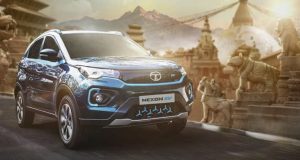