A man has died during a gang fight in Tikapur municipality-1 of the Kailali district in Sudurpaschim on Tuesday night.

Bhupendra Baduwal, a resident of Lamki Chuha municipality-1 of the district, died during the fight near Siddhartha Hotel, inform the police.

DSP Prakash Sapkota, the chief of the Tikapur Area Police, says the gang fight had ensued between two groups over an outstanding issue. During the fight, Baduwal was stabbed with a knife.

Meanwhile, DSP Prateek Bista of the Kailali District Police Office says four persons have been arrested on the charge of their involvement in the murder.

Meanwhile, locals have obstructed the Lamki Chuha section of the East-West Highway following the murder, demanding a fair probe into the case and action against the culprit. 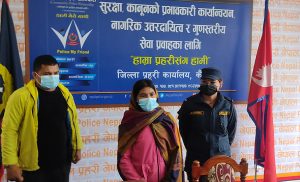 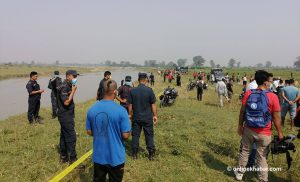