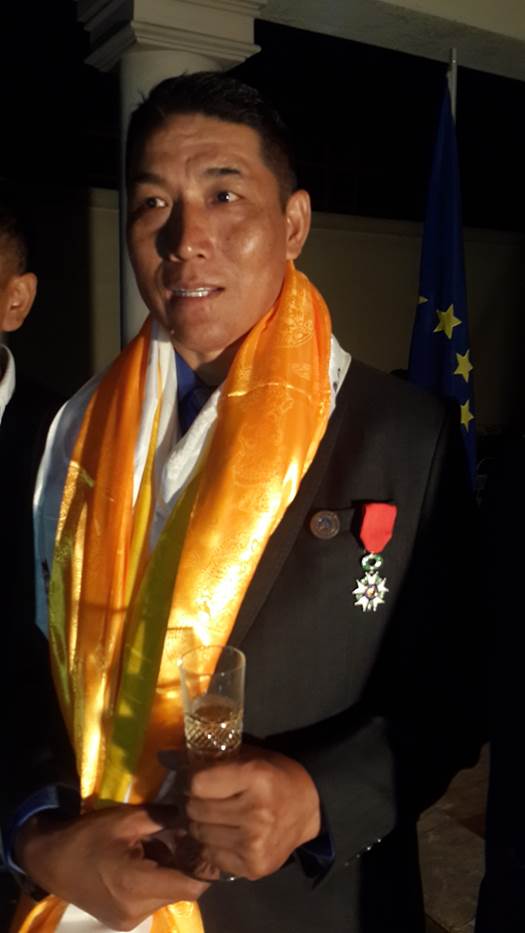 Trekking entrepreneur Ang Norbu Sherpa was conferred with highest French civil distinction “Knight of the Legion of Honour” in recognition of his outstanding contribution in saving lives of the French tourists during the Great Earthquakes of April and May 2015.

On behalf of the President of the French Republic, Yves Carmona, Ambassador of France to Nepal, conferred the highest French civilian distinction, Chevalier de la Légion d’Honneur (Knight of the Legion of Honour), on Ang Norbu Sherpa, Managing Director of Adventure 6000 Company Private Limited, at the Residence of France on October 26.

Speaking on the occasion, Ambassador Carmona said, “You saved, at your own risk, the lives of many of our compatriots.  You chartered helicopters to search for the missing French, alive or dead, in extreme conditions — bad weather, numerous and violent aftershocks, landslides and rock fall, and we are very grateful for that.”

Accepting the honour, trekking entrepreneur Sherpa said, “I am very humbled that the Government of France has bestowed me this honour, which I will cherish forever.  France holds a special place in my heart and I have deep relations with France, both professionally and personally.”

The Legion d’Honneur, created in 1802 by Napoleon Bonaparte, is the highest civilian award given by the French Republic for outstanding service to France, regardless of the nationality of the recipients.

The President of the French Republic is the Grand Master of the Order of the Legion of Honour. Even earthquake victims without land ownership papers to get housing grant 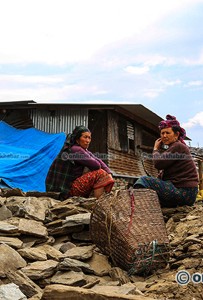 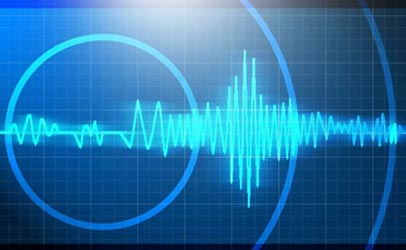