Five people have been found dead in the Tilottama municipality of Rupandehi, near Butwal, on Monday night.

DSP Khadga Bahadur Khatri, a local police officer, says the bodies of four men and one woman have been found this morning. He says a team has been commissioned to investigate further into the incident.

The victims have been identified as Madhav Musahar, Janaki Musahar, Posharaj Musahar, Karan Chaudhary, and Aashish Chaudhary. Madhav and Janaki are a married couple.

The Musahars used to work for the local Ganga Devi Cattle Farm owned by Ram Bahadur Pun, in Kanchhi Bajaar, Tilottama-10. Police have not found why the Chaudhary duo was there.

Meanwhile, the investigators have arrested a person alleging him of the murder. He has been identified as 31-year-old Jhasendra Sinjali.

He has reportedly confessed to the crime. The District Police Office chief SP Hem Kumar Thapa says, “He said he attacked them with a pharuwa (a type of hoe) claiming they troubled him.

Before the arrest, the locals had held the suspect under control while he was running away from the crime scene. Then, he fell unconscious. He is still undergoing treatment at Crimson Hospital. 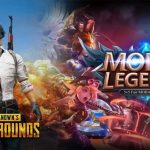