The logo of the national population census 2021. Photo: CBS

The government has decided to hold the national population census from November 11 to 25.

A cabinet meeting held on Monday evening endorsed the revised schedule for the decennial census, the government spokesperson and Law Minister Gyanendra Bahadur Karki informs. The Central Bureau of Statistics, the government body to organise the census, says the dates of November 11 to 25 have been finalised in the revised plan.

“Now, we will gear up for final preparations,” the bureau’s director Dhundi Raj Lamichhane says.

Earlier, the bureau had scheduled to carry out the census from June 8 to 22. However, in May, it was postponed indefinitely owing to the second wave of the Covid-19 pandemic affecting the entire country.

The bureau has already established seven provincial and 77 district census offices and appointed 8,000 superintendents and 39,000 enumerators for the project. 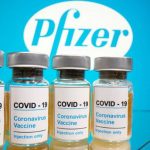