Bibeksheel Sajha Party has condemned the government’s decision to release the then CPN-Maoist leader and murder-convict Bal Krishna Dhungel.

The government recently granted a Presidential pardon to Dhungel and released him for ‘good conduct’ on the occasion of Republic Day this morning. The party says the decision is against the law and it ridicules the country’s judicial system. “The decision has hurt the sentiment of war-era victims.”

The party has also warned the government to provide compensation to the victims and survivors of the conflict and resolve the issues at the earliest. Dhungel had been serving his jail term at the Dillibazaar-based Central Prison for his involvement in the murder of Ujjan Kumar Shrestha of Okhaldhunga.

He was sentenced to 20-year jail term for the crime but was released after serving around 40 per cent of his sentence.

The President’s Office approved the government’s recommendation to release 817 jail inmates including Dhungel on the occasion of Republic Day. 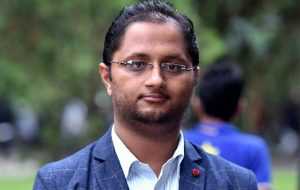