Why are IT Bill and Special Service Bill controversial? While Parliament’s Development and Technology Committee endorsed the controversial Information Technology Bill on Sunday, the government tabled the Nepal Special Service Bill in the Upper House the next day. Both the bills have drawn criticism not only from the main opposition party, Nepali Congress but also from other stakeholders, including the media. Critics argue that IT bill restricts people’s freedom of expression whereas the other bill allows intelligence agencies to tap private phone conversations, invading personal privacy.

So what is this controversy all about? Here, we explain.

Opponents of the bill, including the media are particularly concerned about the provisions of cyberbullying, cyber ‘terrorism’ and the use of social media in the bill.

Section 83 of the bill under Chapter 12 (Provisions on Cyber Security) defines ‘cyberbullying’ as a crime. However, its definition of ‘cyberbullying’ is problematic as it is too general and authorities can interpret in any way they like. The section reads, “By using any electronic system, no one should continuously bully, tease, degrade, discourage, disrespect and scold at any person or commit any act similar to them.”

The next section, which restricts people from ‘cyber terrorism’, is equally vague. It reads, “By using an electronic system, no one should commit or perform any action that would jeopardise Nepal’s national security, sovereignty, territorial integrity, nationality or national unity, independence, self-dignity or harmonious relations between federal units or anything that would obstruct or cause an adverse impact on the country’s security or data system.”

Based on the nature of the offence, the perpetrators can be fined up to Rs 1.5 million, or jailed for up to five years or given both the punishments.

The government will form an ‘IT Court’ in each province to hear cases under this law. The court will have three members, representing the fields of law, IT and commerce. As the bill proposes that the federal government appoint the chairs and members of this court, critics also question the independence of the court.

The purpose of this bill is to establish and operate a ‘special intelligence service’ of the government. It has become controversial because of the rights given to the National Investigation Department.

Section 10 of the bill has a provision of information collection. The sub-section 1 states, “The department, in the course of information collection and counter-intelligence activities, can do surveillance, monitoring and interception of conversations, audio-visual and electronic codes and details–communicated by public media or other mediums–of suspected and being-monitored persons, organisations and institutions.

The next sub-sections further explain that concerned investigation officers can request concerned officers, agencies or service providers to provide the details sought, and the agencies and service providers have to comply with the order. The draft law also states that the department can run covert operations and mobilise its ‘sources’ inside and outside the country to obtain information discussed above. 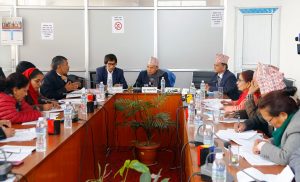 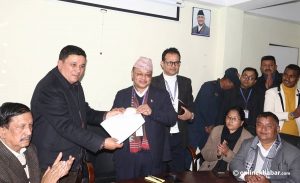 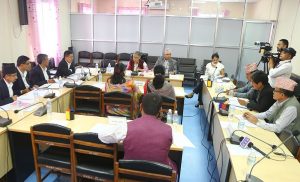