The monsoon in Nepal starts in June and lasts until August every year. It is delightful; if you want to have the best of nature and the finest travelling experience in Nepal, the monsoon is best suited. There are many reasons to take a trip to Nepal in the monsoon. The sunrise and sunset in the monsoon are more spectacular and the mountains can be seen more clearly.

On the other hand, Nepal, being an agricultural country, farmers here are mostly dependent on the rainfall and harvest their crops in this season. So, during the monsoon, you will get to see farmers participating in planting rice, paddy, corn, beans, and other harvests. You will also get a glimpse of the lush green landscapes and amusing agricultural terraces of Nepal in this season.

If you are planning a trip to Nepal in and around the monsoon, here are a few places that are best to visit during this time to make your trip more enhancing:

Kathmandu valley lies in the central part of Nepal and if you arrive in Nepal by flight, you will find this city as your first destination. It is also home to seven out of 10 World Heritage Sites listed by UNESCO and they make it the best monsoon destination in Nepal.

While travelling to Kathmandu, you can get a chance to encounter diverse cultures, foods, monuments, and traditions. And, the feeling while walking the wet streets of Kathmandu is magical. Though it is a city, you can still see farmers enjoying the planting season in action in the suburbs that are less populated.

Like Kathmandu, Pokhara also comprises numerous fascinating places to travel to. With fewer pollutants, Pokhara is considered one of the most beautiful valleys in Nepal. This valley is located in the Kaski district in the western part of Nepal and is famous for having many beautiful lakes. Thus, Pokhara is also called the City of Lakes’.

The city also consists of many caves, waterfalls, rivers, hills, mountains, trek and adventurous places, and natural beauty. So naturally, the place offers you a lot to enjoy during the monsoon.

Also, three out of the 10 highest peaks in the world (Annapurna I, Dhaulagiri, and Manaslu) are just 24-56 km from Pokhara whereas amazing Mt Machhapuchhre also is even closer. After a heavy downpour of the monsoon, all of the mountains, hills, and scenarios become clearer and leave a beautiful ambience.

During the monsoon in Nepal, tourists love starting their trek early in the morning to not miss the promising sunrise and visit the other places afterwards. Some of the beautiful places in Pokhara are Phewa Lake, Shanti Stupa, Davis Fall, Sarangkot, International Mountain Museum, Gupteshwor Cave, Poon Hill, etc.

Lumbini is popular in the world as the birthplace of Gautam Buddha and lies in the Rupandehi district in the western part of Nepal. Here, various monasteries are built by different Buddhist countries like Thailand, Myanmar, Vietnam, Srilanka, France and Germany depicting different sects of Buddhism. Lumbini is also one of the World Heritage sites listed by UNESCO.

Despite being a holy place, a tourist can also enjoy the monsoon greenery of Lumbini after rainfall as it will make the sightseeing tour even more enticing. Some of the other places to visit in Lumbini are the Maya Devi temple, Eternal Peace Flame (Shanti Deep), Tilaurakot, Ashoka Pillar, Lumbini Museum, and World Peace Pagoda, etc.

With soon-to-open Gautam Buddha international airport, travelling to Lumbini will be easier.

The Upper Mustang trip is regarded as the best trip in Nepal. Here, you can see exotic cultures and more distinct people than any other part of Nepal. It used to be the ancient trade route between Nepal and Tibet. And, before 1992, tourists were restricted to enter the ancient kingdom. Being remote and distinct, this place stands out as mysterious compared to other places in Nepal.

Though Upper Mustang is considered the desert of Nepal, a trek in the monsoon is great fun. It is so because the wind in other seasons is menacing and may ruin your trek. It never rains in Mustang but the rain shadow in the monsoon makes the windless active, which eases the trip and shows the breathtaking art of nature.

The driveway to Upper Mustang is very adventurous due to hard topographical transport with the sight of amazing caves and ancient monasteries. This region preserves the Gurung and Tibetan culture and one can observe the vibrant lifestyle of Tibetan Buddhists, and rare medieval Buddhist arts and unique works of architecture.

Annapurna circuit trek is another trek in Nepal famous among tourists. On a trip to Annapurna, you encounter the view of diversifying climate, complex topography, snow-capped mountains, waterfall views, and green lush vegetation. The circuit is located in the western mountainous region of Nepal.

The Annapurna Himalayan range is closed up and you get to be in the deepest valley of the world, Kali Gandaki River valley, inhabited by Thakalis. Furthermore, you can traverse exploring other fascinating cultures, caste, and traditions. You will explore Hindu culture in the lower areas of the region and Buddhist in the upper ones.

The monsoon in the Annapurna consists of less rain but the tracks are somehow wet. So, you need to watch out for it. But, overall, your eyes will gaze at naturally rich terrain and spectacular vistas if you take this trip.

Chitwan is located 150 km southwest of the capital, Kathmandu. Since the region lies in the Terai belt of Nepal, the temperature is considerably hot there. The most famous place in Chitwan is the Chitwan National Park, a natural World Heritage Site by UNESCO. Besides, it also includes other attractive places like Ranipokhari, Bishazari lake, Jalbire waterfall, Shiraiculi hill, and many more.

In the jungle safari of Chitwan National Park, rhinos, musk deers, spotted deers, and monkeys are common. The park consists of 68 species of mammals and 544 variants of birds. Chitwan can engage you with activities like elephant ride and bathe, crocodile breeding centre, cultural programmes by the Tharu community, the sunset view from Narayani riverbank, and many more. Monsoon is a great season to see the peacocks dancing and animals roaming around.

Dolpa (or Dolpo) is the biggest district of Nepal located in the Himalayan region of western Nepal. Since it lies in the mountain region, the mountains like Dhaulagiri, Sisne, and Kanjirowa with the view of Phoksundo lake give a heavenly landscape during the monsoon. Being farther from the capital of Nepal, a Dolpa trip can be very adventurous due to the difficulty in transport in the remote area along with complicated geography.

Everyone who has been on a Dolpo trip has appreciated the beauty of the place and praised it as well. You can explore various cultures, ethnicities, caste, people, and fascinating places. Some of the important places of Dolpo are Charka, Mukot, Dho, Phoksundo, Tinje, Saldang, and Vijer.

Bandipur is located in the Tanahun district of western Nepal. It is one of the most beautiful tourist destinations in Nepal to visit during the monsoon. The place consists of 18th-century houses turned into restaurants, with temples, and a natural view of green hills, forests, amazing valleys, and caves. Sunrises and sunsets are especially amazing during the monsoon. After a heavy downpour in the monsoon, the trekking trails of hills become a little slippery but the landscapes are visible and thus lovely.

One can also participate in adventurous sports like paragliding and hiking during the monsoon. There is also a rock climbing destination at Bimalnagar. The upper part of Bandipur especially depicts the Newa culture. Walking the streets with traditionally designed buildings and foundations gives you the joyful vibe of walking in an ancient city. Some of the important places to visit in Bandipur are namely Thani Mai Temple, Tundikhel, Sidda Gupha Cave, Bindhyabasini temple, and Khadga Devi temple. 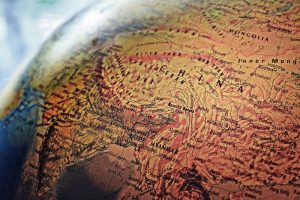