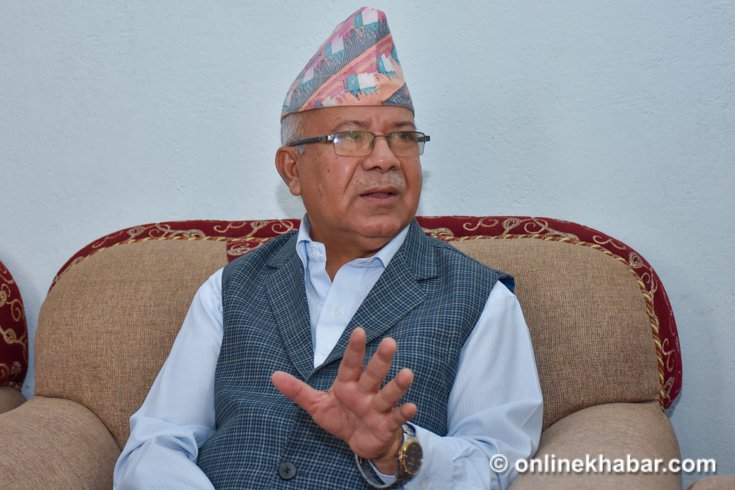 The rival group led by senior leader Madhav Kumar Nepal in the ruling CPN-UML has filed a writ petition at the Supreme Court on Thursday demanding an order that stops the parliamentary party from removing them as lawmakers.

Nepal, Bhim Rawal, Surendra Pandey, and Ghanashyam Bhusal filed a petition at the apex court after 27 lawmakers of the camp were asked for clarification on Tuesday. In his letter demanding the clarification, Prime Minister KP Sharma Oli, as the parliamentary party leader of the UML, has warned of removing them from the legislature if they continued questioning against the party leadership.

Oli has been accusing them of trying to form a new party.

Meanwhile, Nepal and Pandey among other leaders also submitted the clarification to Oli on Thursday, arguing they were not forming a new party but protesting wrongdoings of the leadership.

On the other hand, Oli and Nepal held a one-on-one meeting on Wednesday and Thursday.

These moves come at a time when the party is on the verge of another split with the Nepal-led camp launching a months-long campaign forming parallel committees of sister organisations and district units.

Earlier also, Oli had sought clarifications from Nepal, Rawal, Pandey and Bhusal for speaking and acting against the party leadership–eventually to suspend them from the party.