Tecno Pova Neo has been released in Nepal. This is the company’s third launch in a short span. Tecno recently launched Tecno Spark 8 and Tecno Pop 5 LTE, both budget offerings from the company.

Since the government has temporarily banned the import of all smartphones costing over USD 300 in Nepal, this can be a great opportunity for Tecno to expand its sales here. Tecno Pova Neo too is a budget offering from the company. It has a huge display, which can be great while viewing media. Similarly, the battery backup on the phone is also massive and supports fast charging.

Let’s get into the details of Tecno Pova Neo.

Tecno Pova Neo has a glass front, plastic back and a plastic frame build. The back panel of the phone has a texture patterned design with vertical strips coming down from the rectangular camera module. The Tecno Pova branding is done on the strip. Similarly, the fingerprint sensor resides on the side of the camera module. The curved edges on the phone ensure better grip.

The phone is 9.10mm thick and is available in obsidian, geek blue and powehi colour options.

On the front of Tecno Pova Neo is a huge 6.80-inch IPS LCD display offering a resolution of 720*1,640 pixels and 263 PPI density. The display supports a 60Hz refresh rate and a 120Hz touch sampling rate while achieving a peak brightness of up to 480 nits.

Tecno Pova Neo has a dual camera setup on the back. The main is a 13MP camera sensor with an aperture of f/1.8 and another sensor, details of which have not been revealed by the company yet. The rear camera panel also features a quad flash for brighter and clear pictures in low lights. On the front is an 8MP selfie shooter with an HDR feature.

The cameras on the phone are capable of capturing 1080p resolution videos at 30fps.

Tecno Pova Neo runs on HIOS 7.6 based on Android 11. The phone is powered by MediaTek Helio G25 (12nm) chipset while the graphics are handled by PowerVR GE8320. The phone is focused on gaming and features an ET engine. This helps the device unlock high refresh rate graphics and dynamic control adjustment.

Also, the game acceleration mode is an interesting addition to the phone. Upon enabling the mode, the user can enjoy a message-free and professional immersive gaming experience. This mode also comes with numerous pre-set sound templates allowing the users to freely switch between different voices during gaming.

Tecno Pova Neo is available in a 6GB RAM storage option coupled with 128GB of internal storage. The storage can be expanded with a microSD card and there is a dedicated slot for it.

Tecno Pova Neo has a 6,000mAh non-removable li-po battery. Tecno has advertised that this battery can provide power for up to 17 hours of gaming, 24 hours of music, 20 hours of watching videos, 40 hours of calls and 15 hours of internet surfing. The battery gets charged with an 18W fast charger.

The phone supports dual sims with up to 4G network connectivity. It also supports dual-band Wifi and has Bluetooth 5.0 for wireless pairing. The phone uses micro-USB 2.0 for charging and wired pairing. Furthermore, it supports GPS and FM radio. For audio, the phone has a loudspeaker and a 3.5mm headphone jack as well. 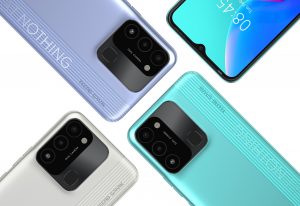 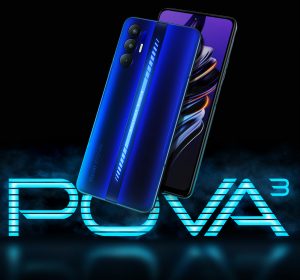