Perhaps you were waiting for this for the past many months, and Dashain, the biggest festival in Nepal, is finally here. Whereas every family is worshipping Navadurga, from the day of Ghatasthapana, during the Navaratri (first nine days of the festival), people also visit temples of Navadurga, which are culturally called Shakti peeths.

Shakti peeths are holy momentous pilgrimage sites dedicated particularly to Goddess Sati or Durga or Shakti. There are some people who have strict definitions of a Shakti peeth, but in general, devotees consider all the temples of Devi or Durga or Bhagawati as Shakti peeths.

As the festival devoted to the Goddess Durga has begun, we have prepared a list of Shakti peeths, the holy shrines of Goddess Durga, in Nepal to visit and worship for devotees. Follow us below.

The Pathibhara temple is a famous pilgrimage site for both Hindus and Buddhists in the Taplejung district of eastern Nepal. This holy place of Pathibhara, the goddess of faith and holiness, is located at an altitude of 3,794 m, around 19.4 km from Phungling, the district headquarters of the Taplejung district. It is a day’s walk from Phungling Bazaar. This temple is thronged by devotees throughout the year.

The Dantakali temple is one of the revered Shakti peeths, located in the middle of the hill in Bijaypur, Dharan sub-metropolitan city. The teeth of Goddess Sati are said to have fallen here while Lord Shiva was wandering carrying her corpse after Sati Devi’s self-immolation. There is also a mention of this temple in the Swasthani Bratakatha, one of the Hindu scriptures. Sacrifices of goats, chickens, and other animals are offered to Goddess Dantakali in this temple. This temple sees a lot of devotees during Dashain, Teej, and Swasthani Purnima. A fair is also held on the eve of Dashain.

The Kalinchok Bhagawati temple is a famous pilgrimage as well as a tourist site located in the Dolakha district. This temple particularly lies in Kalinchok rural municipality, about 15 km north from Charikot, the district headquarters, and at the altitude of 3,842 metres. This temple attracts many devotees as well as visitors all along the year.

The Palanchok Bhagawati temple is located in Sathighare, Panchkhal municipality of the Kavrepalanchok district, on a hilltop at an altitude of 1,562 metres. This temple, located 7 km east of Panchkhal, was built by the Lichhavi King Mandev in memory of his mother. On Saturdays, Tuesdays, and during the Dashain festival, the temple is full of devotees from all over Nepal to worship Goddess Bhagawati. Devotees also offer animal sacrifices to the goddess.

The Bindhabasini temple is a holy shrine of Goddess Durga located at an altitude of over 900 metres on a hilltop near the Old Bazaar, Pokhara, along with the Annapurna and Machhapuchhre mountain ranges. According to a legend, the temple, devoted to Goddess Bindhyabasini Bhagawati, one of the incarnations of Kali, was constructed by King Khadag Bum Malla in the late 1780s. Every Tuesday and Saturday, many Hindu devotees from around Pokhara and Nepal visit this temple and offer animal sacrifices. And, during Dashain, the number of devotees visiting this temple reaches thousands.

The Baglung Kalika Bhagawati temple is a famous Shakti peeth of Nepal, located in the middle of the forest at the southeast of the Baglung Bazaar on the southern banks of the Kaligandaki river. This revered temple is dedicated to goddess Kalika Bhagawati or Kali, one of the blood-thirsty forms of Goddess Parvati. This temple is thronged by devotees during Navaratri (Nauratha) and Chaite Dashain.

The Bageshwari temple is a famous Shakti peeth located in Nepalgunj. It is believed that the tongue of Goddess Sati fell at the place where this temple is located now. This place is believed to have been first worshipped by the Kinnarganas. Located on the shore of a  pond, this temple was discovered only after Banke, Bardiya, Kailali, and Kanchanpur were annexed into Nepal as “a new country”.

The Badimalika temple is a significant Hindu shrine of Goddess Bhagawati. This temple is located in the Bajura district and is a three-day walk away from the district headquarters, Martadi. A big fair is held in this temple during Ganga Dussehra and Janai Purnima annually. This temple not only attracts devotees from Nepal, but also from neighbouring countries. 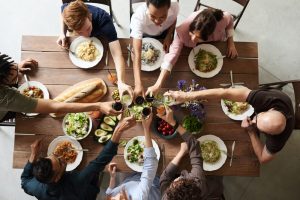 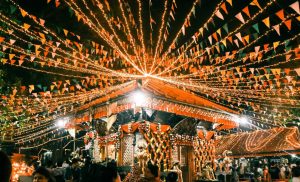