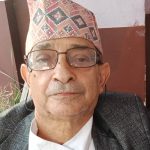 I have written about Dashain, the biggest festival for Nepalis, in many newspaper articles and books. Yet, there is still a lot of confusion about the festival. People have been arguing over how and when this festival started, without facts and evidence.

Due to this, many have been confused, so here are some simple yet important things about the biggest festival in Nepal:

1. Dashain was not celebrated by all; it was the Chhetris’ festival

According to our religious scriptures, the four classes/groups have their own major festivals. For example, the Brahmins have Janai Purnima; the Chhetris have Dashain; the Vaishyas have Lakshmi Puja and the Shudras have Holi (or Phagu Purnima). Therefore, even if a Brahmin does not observe Dashain, that is no crime as the most special festival of them is Janai Purnima (or Rishitarpani).

Today, Dashain is a festival that a majority of Nepalis celebrate. But, in ancient literature, it is rarely mentioned there, not as much as Janai Purnima, Tihar or Holi. The truth about the festival can only be discussed if we do it based on the scriptures.

2. Dashain is only around 6.5 centuries old

Going through the old scriptures, the reference to Dashain in Nepal can be found traced back to the year 1375. Many say the country started celebrating the festival after Prithvi Narayan Shah’s regime [in the 18th century]. But, there is ample evidence that the Malla kings celebrated Dashain with much fervour at their palaces.

There is no mention of Dashain during the Lichhavi period. Although, in an inscription from the reign of King Mandeva in 503, Bhagawati, the goddess worshipped during the festival. is mentioned. There are no other mentions.

After the arrival of Prithvi Narayan Shah in Kathmandu, Phulpati gained rather special importance. It can be said that the practice of giving leave to the employees, giving allowance to the army started then. Then, Dashain gradually gained more importance in society.

Similarly, in Nepal Sambat 798 or in 1678 AD, Malla King Nripendra Malla and Gorkhali King Prithvipati Shah became mits (special friends with each other) on the day of Vijaya Dashami or Dashain Tika, at Mohanchok of Hanumandhoka Durbar. This shows how much importance these two kings gave to the festival.

3. Phulpati was celebrated by the Newa community also

It has often been said that the Newa community does not celebrate Phulpati. But, there has been some evidence that says otherwise.

On Ashwin Shuklapaksha Saptami 1669 or Nepal Sambat 789, there is a memo about the festival. There is another mention in the book ‘Varshakriya’ written in the Malla period, so it is difficult to believe they did not celebrate it. (This is mentioned on pages 186-187 of Gautam Vajra Vajracharya’s book ‘Hanuman Dhoka Rajdarbar 2033’)

4. Mahanawami was the time to prepare for the war

To worship weapons on the day of Mahanavami meant to be prepared to invade another state. In the middle age, people would go to attack another state after autumn as the streams would be cleared after the monsoon.

There were mentions describing the victorious kings and their victory parades in the autumn. In this perspective, Dashain is a celebration of state expansion. On the other hand, evidence of elephant worship and horse worship on different days of the festival can be found from the seventh century.

In Nepal Sambat 786 (1666 AD), Suvarnapatra mentioned that King Srinivasa Malla of Lalitpur prepared the main square in the palace and built a temple in the middle on the day of Mahanawaami. On the day, it is said he worshipped the family deity Yantaju. And, he is known to have allocated money to Mahanawami celebrations.

Some have said that the ‘Malashree’ tune played during Dashain comes from the Nepal Bhasa’s Myali, which means a kind of flute or tube instrument. But, that is wrong. The Malashree Dhun is mentioned in our ancient Sanskrit literature.

On the other hand, some Newa people are saying that Dashain and Mohani are different. But, Dashain is a misinterpretation of the word Dashami whereas Mohani is of Mahanawami.

Panta is one of the most respected living authorities on Nepali history.