Samsung is a global leader in the smartphone industry and also one of the companies to spend the highest in research and development (R&D). Its high spending can be seen in its product innovations, especially in these past years. In the smartphone category, it is competing against every other available smartphone in every possible category, be it UI, processors, chipset, display, camera, or phone build. Samsung is now trying to create its own ecosystem.

Talking about innovation, Samsung has recently launched a foldable smartphone in the market, Galaxy Z Flip3 and Galaxy Z Fold 3. Though it is not officially available for sale in the Nepali market at the moment, the company has already provided the specifications and features of the phone. And, it is soon expected to come to Nepal.

Let’s see what this latest Samsung device is offering to the users.

The design of the Z Flip 3 is almost the same as the first Galaxy Flip and the Flip 5G that came out last year. The main feature of this phone is turning a large phone into a foldable one that fits easily in your pocket. When closed, the 6.7- inch phone becomes a small device that can easily fit in your pocket like a small wallet. However, the thickness of the phone would be double.

Going to the display, it has a 6.7-inch foldable dynamic AMOLED display that has a high refresh rate of 120Hz with a resolution of 1,080*2,640 pixels and peak brightness up to 1,200 nits. When folded, the cover has a 1.9-inch Super AMOLED display with a resolution of 260*512 pixels. The phone weighs around 183 grams and is built with a plastic front, glass back, and an aluminum frame. Likewise, the glass on the back is protected by Corning Gorilla Glass Victus. The phone is also IPX8 water-resistant (up to 1.5m for 30 minutes) certified.

Unlike other high-end Samsung Galaxy devices, the Flip 3 only has a dual camera on the rear. It has two 12-megapixel wide and ultra-wide cameras while the front-facing is a 10MP selfie camera. Whereas flagship phones are continuously updating their components, the camera specs and lenses in the Z Flip 3 remain the same as last year’s Flip 5G.

Nonetheless, both the primary and selfie cameras can record videos in 4K. The difference lies in the frame rate though. The primary camera can record 4K videos up to 60fps whereas the front camera is limited to 30fps only.

Unlike its flagship S21 ultra, the Galaxy Z Flip 3 has been powered by a Qualcomm Snapdragon 888 processor instead of Samsung’s own Exynos processor. The phone runs on Android 11 with One UI 3.1.1 on top while the graphics are handled by Adreno 660.

Providing power to the phone is a 3300 mAh non-removable Li-Po battery that can be charged through a 15W fast charger. The phone also supports 10W fast wireless charging and 4.5W reverse wireless charging. With the given specifications, Samsung could have improved the battery life of this phone.

Samsung Galaxy Z Flip3 can be found with 8GB RAM with the internal storage of 128GB and 256GB. The MicroSD card option is not available on this device.

This device supports a nano sim and eSIM. It supports mobile networks from 2G to 5G. Like most Samsung flagships, there is no 3.5mm headphone jack and also there is no radio. Connecting the phone is Wi-Fi 802.11, Bluetooth 5.1 and USB type-c 3.1. 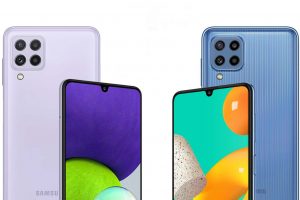