Samsung Galaxy M52 5G is the latest release from Samsung. It follows another 5G enabled phone, Galaxy A42 5G, released just a few days ago. You have seen a variety of releases from Samsung in almost every category on a regular basis these days. It also released its budget-range smartphone Galaxy A03s not long ago.

M52 5G is one of the slimmest and lightest phones from Samsung. The company is marketing this phone as the leanest, meanest monster ever. Powered by a Snapdragon processor, this phone has a high refresh rate display of 120Hz, which means multi-tasking and gaming becomes better now. Yet, the relatively high cost and tough competition in the market may mean the phone’s future is quite uncertain in Nepal.

Let’s get into the details and know more about Samsung Galaxy M52 5G and how it might fare in the Nepali market.

Samsung Galaxy M52 5G is one of the leanest and lightest Samsung phones available in the market. Compared to its predecessor Galaxy M51, the new Galaxy M52 5G is 21% sleeker. Though having a big display, the lean phone should be pretty handy for the users. It weighs light at 173 grams only. Talking about the build of the phone, it has a glass front, plastic back and a plastic frame. The display is protected by Corning Gorilla Glass 5.

There is a 6.7-inch Super AMOLED Plus display on the phone with a maximum resolution of 1080*2400 pixels. The phone’s whopping 120Hz refresh rate makes the scrolling of apps and news feed smoother than ever. This higher refresh rate will allow the users to experience gaming and watching videos even better and smoother.

Samsung Galaxy M52 5G has a triple camera setup on its back. The main 64MP camera is housed together with a 12MP ultrawide camera and a 5MP depth sensor. An LED flash is also housed with the cameras. On the front, there is a 32MP selfie camera confined inside the centred punch-hole.

The 64MP camera can capture high-resolution photos and also the 12MP has a 123° FOV, which means it can capture some amazing wide landscape photos. For portraits, the 5MP macro sensors should just do fine.

Samsung Galaxy M52 5G is powered by Qualcomm Snapdragon 778G 5G (6nm) chipset and runs on Android 11, One UI 3.1 on top. The graphics, meanwhile, are handled by Adreno 642L. This specification allows the phone to perform faster and smoother, making multitasking easier and the gaming experience incredible.

Giving the power to Samsung Galaxy M52 5G is a 5000mAh non-removable Li-ion battery that supports a 25W fast charging. This should give users enough power to binge-watch their favourite shows or movies and can have a longer gaming session. With a 25W fast charger, the phone should get its power in no time.

Samsung Galaxy M52 5G comes in two variants. The user has the option to choose between 6GB and 8GB of RAM whereas the internal storage is 128GB in both variants. The memory can be further extended with a microSDXC card. There is no dedicated slot for the microSDXC card though, which means you will have to sacrifice one of the sim card slots.

There has been some significant change in terms of performance in Galaxy M52 5G compared to its predecessor Galaxy M51. The graphics are updated, there is a better chipset in M52 and it supports a 5G network. Also, M52 5G has a higher refresh rate display. Though the design looks almost the same, M52 is lighter and thinner and is easier to use.

There are also some downgrades like the battery backup is reduced to 5,000mAh from 7,000. The quad-camera setup has been reduced to a triple camera setup on M52. Also, the front camera in M51 could record in 4K, whereas it is limited to 1080p in M52.

The launch of M52 5G means it poses a challenge to the recently launched Mi 11 Lite 5G. Comparing these phones side by side, they go back and forth in specifications and features. The technical details are almost the same on these phones and they are sure to compete against each other as they fall under almost the same price category. These two can compete to be the best mid-range smartphone in Nepal.

Phones these days are getting more expensive; the inclusion of 5G can be one of the most obvious factors. Having a phone that supports a 5G network can be really great, but then, there are no 5G network service providers in Nepal. This means people are paying more for the smartphone feature which they are not even able to use here. Even if the 5G network is made accessible soon in the coming days, the high cost can be a major issue on the use of the 5G network. 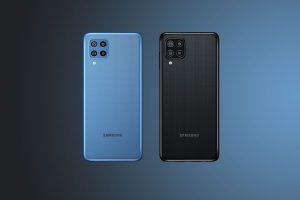 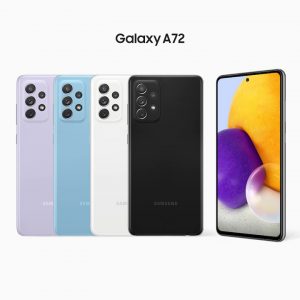