Samsung Galaxy A13 is the latest offering from Samsung’s one of the many A series smartphones launched this year. Samsung has launched Galaxy A23, Galaxy A33 5G, Galaxy A53 5G and Galaxy A73 5G prior to the launch of the Galaxy A13. The new launch is also the most economic version in the Galaxy A series of 2022.

It carries the same design seen in its elder siblings. The features and specifications of the phone look similar to Galaxy A23 but have been trimmed down in some areas. The camera and battery remain the same as seen on Galaxy A23, which has a faster charging system than the new release, Samsung Galaxy A13.

Let’s get into the details and know what the phone has to offer.

Samsung Galaxy A13 has a glass front, plastic back and a plastic frame build. The phone has a similar design seen on the Samsung A series smartphones that were launched this year. The back panel of the phone houses the camera panel with similar styling seen on most Samsung phones. But, what differs in Galaxy A13 is the cameras seem to have been engraved in the phone itself instead of having a  camera bump. Furthermore, the phone has a side-mounted fingerprint sensor for security purposes.

The phone weighs around 195 grams and is 8.8 mm thick. It is available in black, blue, peach and white colour options.

On the front, Samsung Galaxy A13 features a 6.6-inch PLS LCD panel with a waterdrop notch that houses a camera inside it. As usual, the bezels at the bottom of the phone are thicker compared to the rest of the display. The display has a resolution of 1,080*2,408 pixels with a 400 PPI density. The display has a Gorilla Glass 5 protection.

Samsung Galaxy A13 has a quad-camera setup on the back and a single camera sensor on the front. The main 50MP camera on the back is accompanied by a 5MP, 123 degrees ultrawide and a couple of 2MP depth and macro sensors. On the front is an 8MP sensor for taking selfies and videos.

For the video recording, the cameras on both ends have been limited to 1080p resolution and up to 30fps only.

Samsung Galaxy A13 runs on its own One UI 4.1 which is based on the latest Android 12. The phone is also powered by Samsung’s own Exynos 850 (8nm) chipset and the graphical duties are handled by Mali- G52, a major upgrade from its predecessor Galaxy A12.

The storage option on the phone includes 3GB, 4GB and 6GB options of RAM and 32GB, 64GB and 128GB of internal storage. The storage option may vary from region to region. The phone has a dedicated memory card slot, with which the storage can be expanded up to 1TB.

Samsung Galaxy A13 features a 5,000 mAh non-removable li-po battery. Samsung has advertised that all the smartphones in the A series launched this year will provide a battery backup of up to two days under typical use. The battery can be charged with a 15W fast charger.

As per Samsung, the power on Galaxy A13 should provide the user:

Notable features of the Samsung Galaxy A13 are: 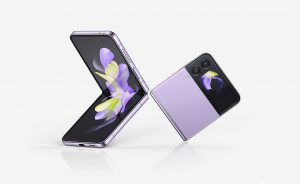 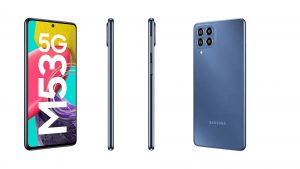 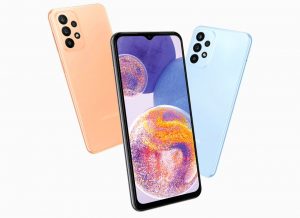 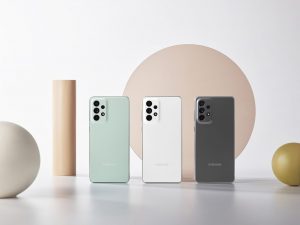 Samsung Galaxy A73 5G coming to Nepal: Learn about the features of the 65,000-rupee phone