NHRC urges public not to misbehave with health workers The constitutional human rights watchdog, National Human Rights Commission, has condemned recent incidents in Kathmandu and Chitwan, in which neighbours reportedly misbehaved with health workers involved in the Covid-19 response.

Issuing a statement on Monday, the commission says its monitoring of the implementation of the prohibitory order in Kathmandu also found that neighbours misbehaved with health workers residing in their neighbourhood claiming they could infect them.

“In the current public health crisis, health workers, security personnel and essential service providers should have been encouraged and supported. But, indecent and inhumane behaviours with them is very sad,” the statement reads.

The commission has requested local authorities to investigate reported cases of misbehaviour and take action against those involved. The government has also been told to ensure that such incidents do not repeat in the future. 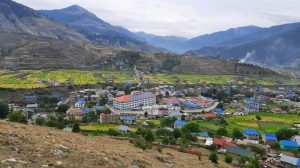 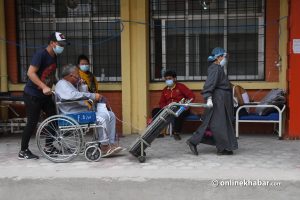 Covid-19 Nepal: Underpaid health workers do their best to save lives at Kathmandu’s ill-equipped hospital