It was just her tenacity and zeal to control human trafficking to a maximum extent that impelled Benu Maya Gurung to serve in the anti-human trafficking sector. She is satisfied with what she has been doing for the last 18 years but also is aware that there is still a long way to go.

Gurung is currently an executive director at Alliance Against Trafficking in Women and Children in Nepal (AATWIN), a national-level network against human trafficking. She has been working with the network since 2004. While many of her contemporaries have left the sector, Gurung says she still has the same energy as in the past to work for the betterment of this sector.

Similarly in her involvement, a healthy environment for human trafficking survivors to open up about their sufferings has been created. Gurung has been a part of promoting politically correct words for the survivors.  In addition, Gurung has also worked on building a network of survivors and the list goes on.

Similarly, according to the anti-human trafficking bureau of Nepal Police, altogether 134 cases of human trafficking were filled in the fiscal year 2020/2021. There were a total of 187 survivors, among them 98 per cent were female.

While the problem continues to exist, Gurung has seen numerous changes in the nature of the problems.

“The motive, modus operandi and targets of the traffickers, all have changed significantly,” says Gurung. “Earlier, the trafficking used to be done only for sexual exploitation. But, now the condition is different.”

Lately, Nepal is emerging as a transit and destination country for forced labour and sex trafficking.

With that, Gurung has also witnessed the changes in the destination country. Previously, it was only India, but now it has extended to African and gulf countries and others.

It was only the women who were trafficked in the past, but now, the men and children also fall into the vulnerable category. Similarly, it is not only the illiterate who get trafficked; even the well-literate are being trafficked.

In the past, it was generally the men who would trap women and girls by making them fall in love and traffick them. But, at present, the traffickers have found many new ways. These days, traffickers exploit social media platforms for trafficking. Education consultancies have also turned out as a medium for traffickers.

A study carried out by AATWIN from 2012 to 2016  states that the majority of the traffickers are either agents, recruitment companies, relatives or other known persons.

Gurung has also learnt about a case in which a minor girl is trafficked by injecting a chemical that would change her body structure, showing her more mature than she really is.

“The frequent changes in trends of human trafficking have posed great challenges to all the concerned bodies,” says Gurung. “To address the changing trends, we need to change our strategy and policies as well, which is another big challenge.”

To counsel and repatriate the survivor is another challenge for the concerned bodies.

“Many of the survivors are found in traumatised condition and as a result, they refuse to be rescued,” says Gurung.

According to Gurung, the change in their lifestyle, a habit of staying in a trafficked place, eeriness about the future, and doubt whether they will be accepted by the family and society after being rescued are some key factors that create problems among the survivors and they escape from being saved.

To control human trafficking to a higher degree, Gurung urges the government to focus more on preventive measures, identify vulnerable groups, and work on restraining domestic violence and gender inequality.

“The government should be more flexible to change the strategy and policies related to human trafficking,” she tells Onlinekhabar. “Moreover, the existing laws should also be well implemented.”

Additionally, she also expresses concerns about a lack of well-equipped police stations and trained human resources in the security departments.

“The frequent postings of the security personnel from one department to another poses challenges in controlling the crime.”

Talking about the roles of the government, Gurung also asks the INGOs and NGOs to strongly act as watchdogs. They should support the government whenever it is necessary.

She says that accessing survivors’ voices to stakeholders is another important role of INGOs and NGOs.

Gurung is not leaving this sector any time soon. She still has a strong desire to contribute more and more in this field.

She dreams of a day where everyone in the country will have proper and easy access to information on prevention and all dimensions of human trafficking. 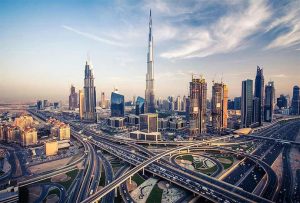