It is highly likely that the motion will be passed with the Maoist Centre and Janamorcha recently withdrawing the support extended to the government recently.

The parties have also agreed to let the Nepali Congress, second biggest party in the provincial assembly, to lead the next government. Accordingly, the Congress parliamentary party leader Krishna Chandra Nepali Pokhrel is almost certain to become the next chief minister.

After two leaders representing the Maoist Centre in the government resigning in their bid to form the new government, CM Gurung had tried to woo Janamorcha, the party that has three lawmakers, on board. However, the party also decided to go against Gurung.

Gurung’s CPN-UML is just three-vote short to prove the majority in the 60-member assembly. 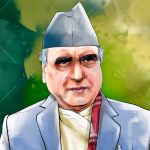