Light to moderate rainfall is forecast in most places of the country in the next three days due to the influence of the low-pressure system, the Meteorological Forecasting Division says in the latest Nepal weather update.

Meteorologist Meen Kumar Aryal says there is the possibility of rain in most places of the country until Saturday due to the impact of the low-pressure system around the Madhya Pradesh state of India and the location of the monsoon low-pressure trough being south of its average position in Nepal.

According to him, there is the possibility of heavy rainfall in Lumbini and the Sudurpaschim provinces today.

At present, it is cloudy throughout the country with light to moderate rainfall taking place in the Lumbini and Gandaki provinces. The weather will be cloudy throughout the country towards the afternoon with chances of light to moderate rain accompanied by thunder and lightning at many places of Lumbini, Gandaki, Karnali and Sudurpaschim provinces.

It will be cloudy tonight with the possibility of light to moderate rain along with thunder and lightning in many places of Gandaki, Lumbini, Karnali and Sudurpachim provinces.

The latest weather bulletin of the division shows the minimum temperature in the Kathmandu valley was 20.0 degrees Celsius and the maximum 24.4 degrees Celsius in the last 24 hours. 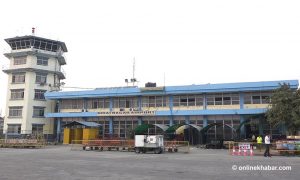 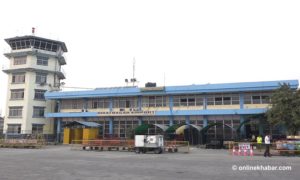 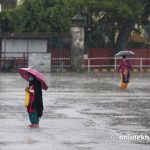 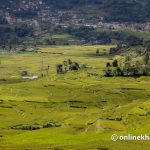