Nepal likely to sign transit treaty with China during PM Oli’s visit, other agendas still in the works During Prime Minister KP Sharma Oli’s upcoming visit to China, Nepal will try to ink a transit treaty with its  northern neighbour. Nepal has completed its homework for the treaty.

If this treaty materialises, Nepal will gain access to Chinese seas to engage in overseas trade via China. If this happens, Nepal will not have to rely solely on Indian ports for import of goods from third countries and exports.

On March 21, Prime Minister Oli will meet his Chinese counterpart Li Keqiang and President Xi Jinping, the Ministry of Foreign Affairs said. The ministry is currently finalising the agendas for the visit.

Nepali officials say Nepal has completed preparations for a transit treaty with China. An official close to PM Oli said:

If preparations are any guide, Nepal will ink a transit treaty with China during the Prime Minister’s visit. Homework is afoot as far as other agendas are concerned.

During his recent visit to India, Deputy Prime Minister and Foreign Minister Thapa had said a transit treaty with China is the main agenda of PM Oli’s upcoming visit to China.

Rajan Sharma, chair of the Freight Forwarders’ Association, said it will be great if Nepal signs a transit treaty with China. “During his visit to Nepal,  then Chinese Prime Minister Wen Jiabao had pleged to give Nepal access to six Chinese ports. But we did not bother to conduct a study on this,” he told Onlinekhabar.  If the transit treaty materialises, it will be very easy for Nepal to export goods to Europe via China.

With Germany, China already has a rail link, meaning that Nepal will have easy access to European markets if it signs a transit treaty with China.

Of late, China has put the operation of the Rasuwagadhi-Kerung customs point on priority. China has announced that it will bring rail up to Sigatse by 2020. This means Kerung will emerge as the major customs point along the China border instead of Tatopani.

What of BIPPA, oil deal?

Nepal has done homework for BIPPA — bilateral investment promotion and protection agreement — and a petroleum import deal with China. But it’s still unclear whether these deals will materialise during PM Oli’s China visit.

Beijing has indicated that Chinese President is likely to visit Nepal some months later.  “During that visit also, Nepal and China will sign some deals, so some of the deals may not materialise during PM Oli’s upcoming China visit,” an official said. During the Indian blockade, Nepal had reached an understanding with China for import of 33 per cent of its oil requirement from China. A formal agreement for this is yet to take place.

Opening the Korala customs and some other customs points is very much on Nepal’s agenda and so is construction of some north-south roads as well as other projects like Ring Road extension. Government officials say preparations are afoot to sign agreements to expedite these projects. 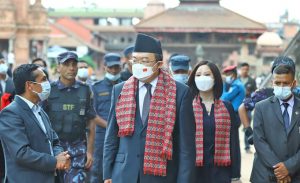 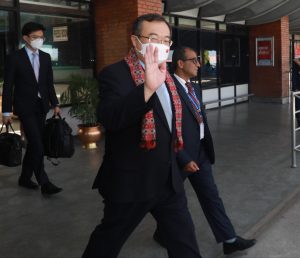 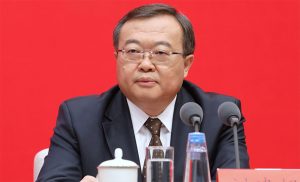