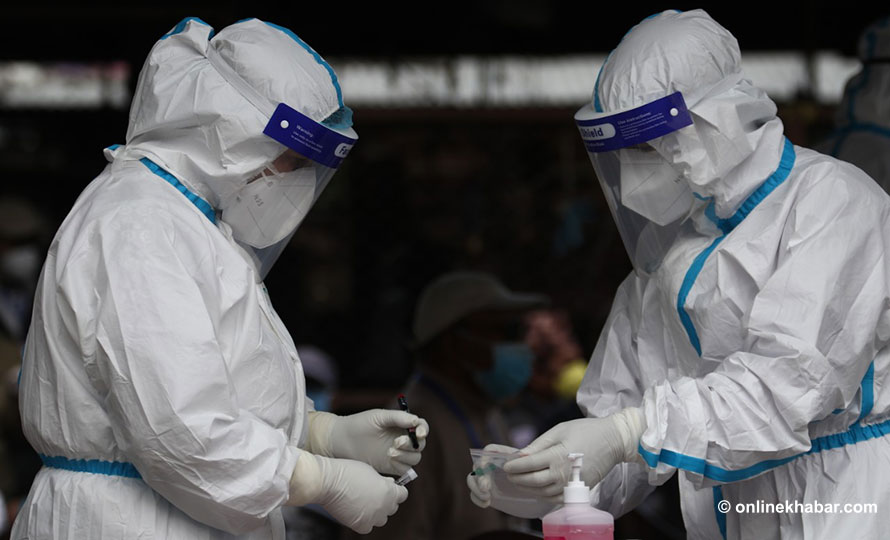 The Ministry of Health and Population has informed that Nepal’s Covid-19 tally has reached 873,534 as of Sunday afternoon.

The ministry said 734 new cases were confirmed in the country in the past 24 hours.

In this period, 7,304 swab samples were tested in the RT-PCR method, of which returned 653 returned positive. Likewise, 2,709 people underwent antigen tests for the virus, of which an additional 78 tested positive.

Of total tests, 8.94 per cent of the PCR and 2.87 per cent of antigen samples returned positive, keeping the overall per-day positivity rate at 7.30 per cent.

In the past 24 hours, 1,413 people have achieved recovery whereas 12 deaths have been reported.