A historic carriage that British Queen Elizabeth II had gifted Nepal King Birendra in the 1970s is put on exhibition, in Kathmandu, Nepal, Monday, September 6, 2021. The carriage was first used during the king’s coronation in 1975. photo: Aryan Dhimal

The Narayanhiti Palace Museum has unveiled a historic golden carriage that was used in King Birendra Shah’s coronation in 1975.

Amid a function organised at the museum on Monday morning, Culture Secretary Yadav Prasad Koirala made the carriage public.

According to historians, this carriage was gifted by British Queen Elizabeth II months before the coronation. After the coronation, the king also used the carriage on other special occasions.

Officials say the British queen also has a similar carriage that she uses at the Buckingham Palace even today. 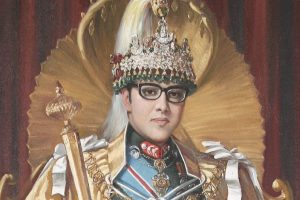 8 reasons why King Birendra is popular in Nepal even today 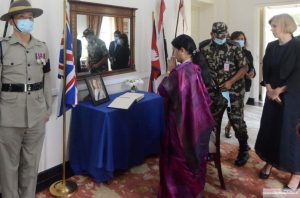