Kathmandu Guest House (KGH), one of the oldest hotels in Kathmandu, on Sunday formally opened its newest wing, The Karna Annex.

The new wing was conceived after the 2015 earthquake damaged KGH’s main building, which was 100 years old, according to the company. The new wing has 35 super deluxe rooms. It is also home to the Museum of Nepali Art.

“We’ve come a long way since we started out over 50 years ago… Not bad for someone who became a hotelier by accident,” said Shakya during the launch event.

He also thanked Messner for coming to Nepal to inaugurate the building.

“He’s part of our family so much so we have a room dedicated to him,” he said.

Messner also spoke fondly of his love for the KGH. He said it was his home away from home and one of the best places to live in Kathmandu.

“This place is home it has always been home. I’ll come and stay here for years to come,” said Messner. 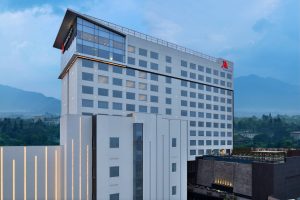