Chief district officers of the Kathmandu valley have decided to extend the lockdown imposed in the three districts until July 5. The restrictions have been further relaxed in consideration of a gradual decline in the number of active Covid-19 cases in the valley.

A meeting of the CDOs of Kathmandu, Bhaktapur and Lalitpur on Monday decided to extend the prohibitory order, due to expire tonight, by one week.

According to their decision, public vehicles with 25 or more seats will be allowed to operate on the odd-even basis.

“We’ve decided to allow public busses to run on an odd-even basis. But, they have to be 25 seats or more,” said Kali Prasad Parajuli, Kathmandu CDO.

Likewise, groceries will be allowed to open from dawn to dusk whereas other shops will be open from 11 am to 6 pm. Cinema halls, event venues, dance bars, nightclubs, swimming pools, beauty parlours, salons, health clubs, futsal centres and gymnastic centres are still closed.

Initially imposed for one week since April 29, the lockdown was extended until May 12 and then until May 27 earlier. On May 25, the authorities even decided to shut grocery shops and imposed other additional restrictions to come into effect from May 28 to June 3. However, it was widely criticised, and the officials had decided to let the groceries reopen from June 4 when they extended the lockdown to be in effect until June 14. The CDOs again extended it for one week for the period until June 21. By then, the number of cases had come down, and the officials had introduced gradual relaxations such as odd-even rationing on the operation of vehicles and small businesses. 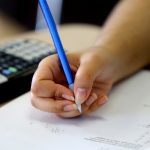 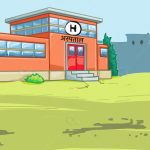