A road in Kalanki of Kathmandu wears a deserted look on the first day of the new round of lockdown/prohibitory order, on Thursday, April 29, 2021. Photo: Aryan Dhimal

Chief district officers of Kathmandu, Bhaktapur, and Lalitpur have decided to extend the ongoing lockdown, officially the prohibitory order, imposed in the valley by seven days, until June 21.

The lockdown, however, will be a bit flexible as the officials have introduced relaxation measures.

From Tuesday (June 15), the following businesses will be allowed to operate:

Initially imposed for one week since April 29, it was extended until May 12 and then until May 27 earlier. On May 25, the authorities even decided to shut grocery shops and imposed other additional restrictions to come into effect from May 28 to June 3. However, it was widely criticised, and the officials had decided to let the groceries reopen from June 4 when they extended the lockdown to be in effect until tomorrow (June 14). 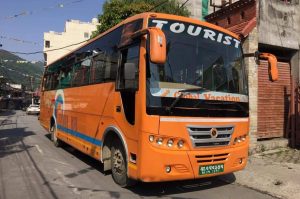 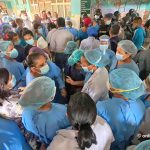