Chairperson and members of National Human Rights Commission, the constitutional human rights watchdog, have objected to key provisions of the new NHRC bill that the government recently registered in Parliament, and asked the government to withdraw it.

They have claimed that the new bill will significantly curtail the Commission’s rights.

Minister for Law, Justice and Parliamentary Affairs Bhanu Bhakta Dhakal, however, says the government did not bring the bill to withdraw; and hopes it will get endorsed after incorporating feedback from the lawmakers and concerned parliamentary committees.

Speaking at a meeting of the Legislation Committee in Parliament today, NHRC chairman Anup Raj Sharma said the government should provide sufficient rights and responsibilities to the Commission as international documents have imagined an independent and autonomous human rights body in every country.

Likewise, member Mohna Ansari said the government would face an international criticism if the bill was endorsed as it is.

Another member Prakash Wasti drew attention of the government to its failure to execute NHRC recommendations. 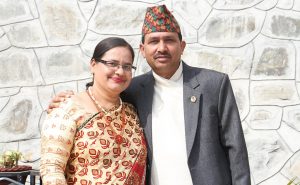