A dispute over who should lead the NCP school department is creating tension amongst the ruling party has been featured in a few newspapers along with news of the NHRC summoning police personnel who killed Netra Bikram Chand’s cadre Kumar Paudel.

Here is a summary of important, ignored and interesting stories published on front pages of Kathmandu broadsheet dailies, on Tuesday.

Dispute over who should lead NCP school department creates tension

Kantipur and The Kathmandu Post report that leaders in the ruling Nepal Communist Party, which was born out of the merger between the two communist forces that followed two different schools of thought, are currently squabbling over who should lead the party’s “school department”.

The school department, which is responsible for imparting training to the rank and file on the party’s political line, is considered a vulnerable unit in a communist party.

Even though the ruling party on Sunday, 15 months after the unification, finalised the in-charges and joint in-charges of all the districts and metropolitan cities, leaders could not reach a consensus on who should head the department after Ishwar Pokhrel and Narayan Kaji Shrestha both laid claim to the position.

The Kathmandu Post reports that the National Human Rights Commission, which has been investigating the death of a Communist Party of Nepal member in Sarlahi on the grounds that the incident took place in suspicious circumstances, has summoned the police personnel who were involved in the killing.

Four police officers had on June 20 accosted two persons before opening fire on them. Kumar Paudel, the district in-charge of the Netra Bikram Chand-led party, was killed in the firing. The issue has also reached the federal parliament where the opposition parties—the Nepali Congress and Rastriya Janata Party-Nepal—have demanded a parliamentary probe panel.

Naya Patrika reports that Rastriya Janata Party and Samajbadi Party are close to reaching an agreement regarding the party’s merger. The two parties have come to  the agreement regarding the form of governance and electoral system. Sources close to the party have said that the two are not discussing how Samajbadi Party will exit the current government if the need comes. Top leaders from both parties have been holding talks with one another for the past 15 days. 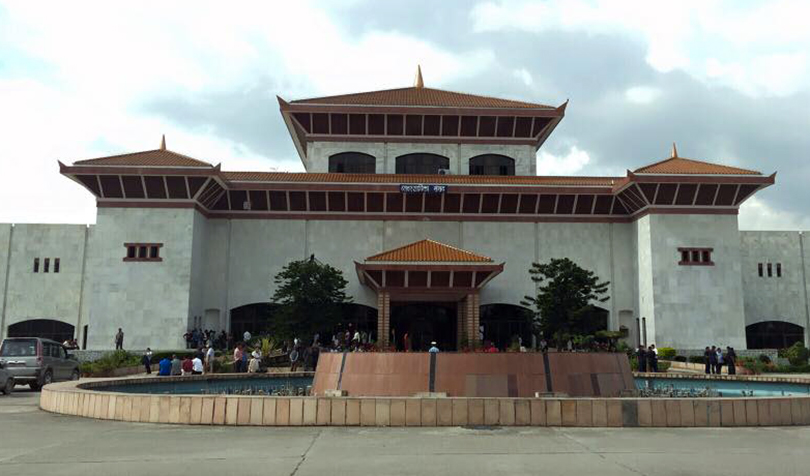 Republica reports that the Delegated Legislation and Government Assurances Committee of the National Assembly have started scrutinising the by-laws promulgated by various ministries and the eight constitutional bodies. The Upper House committee on April 1 called on the federal ministries and constitutional bodies to submit all the regulations, directives and guidelines promulgated by them. Committee Chairperson Ram Narayan Bidari said on Monday that the by-laws had been submitted after a follow-up letter from the committee secretariat.

Only diesel via pipeline for some time, says NOC

The Himalayan Times reports that the much-hyped Motihari-Amlekhgunj oil pipeline, which is expected to start commercial operation next month, will supply only diesel initially for a certain period, as per Nepal Oil Corporation. Citing that the demand for diesel accounts for almost 70 per cent of the total fuel trade in the country and that the flow of a single product through the pipeline will ease the operation of the project, the state-owned fuel supplier has informed about its plan to supply only diesel through the bilateral pipeline project. However, NOC has clarified that the supply of petrol and kerosene can also be made through the cross-border pipeline. Tilganga Institute of Ophthalmology recognised as WHO collaborating agency

Gorkhapatra reports that Tilganga Institute of Ophthalmology has been recognised As WHO collaborating agency. With this, TIO has become first such institute in Nepal to earn this recognition for its 25 years of dedication in the field of ophthalmology and eye care in the country.

TIO got this recognition for carrying out significant works at the national and international level. The SAARC Tuberculosis Centre based at Bhaktapur has also got the WHO Collaborating Centre. WHO has so far recognised 800 centres from 80 countries.

Provinces spend only 54 per cent Time to hit the streets to go against the government: Deuba

Nagarik reports that Sher Bahadur Deuba has said that time has come to hit the streets to go against the government. Speaking at BP Memorial Day, Deuba said that the government rule was becoming autocratic day by day and that everyone needed to come together to show their dissatisfaction towards the government.