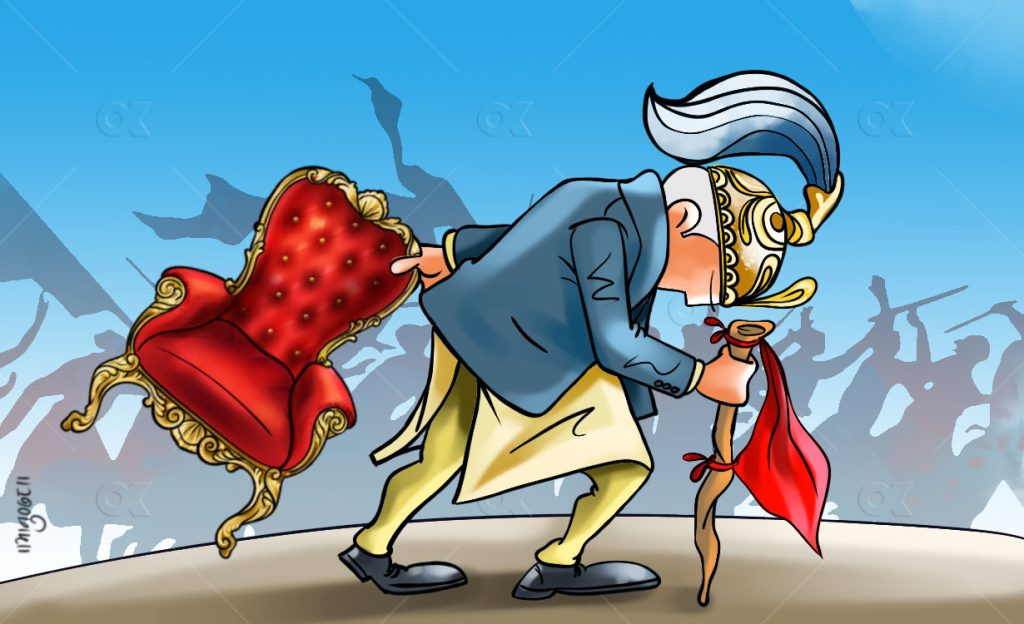 As the local, provincial and federal elections are approaching one after another this year, there seems to be a certain excitement in CPN-UML Chairman KP Sharma Oli. Speaking at various events, he has been predicting how his party will once again win the elections.

Despite being removed from the premiership following a Supreme Court verdict, Oli has continued to state how he will reenter the prime minister’s office again and the people of the country will put him there. He has even time and again stated that the party will win 65 to 75 per cent of the seats in the upcoming elections.

If the UML does win the general elections expected to be held by December, it is highly likely that Oli, for the third time, will be the country’s prime minister. Why? The party has no one who can stop Oli.

It is like the old heads have brainwashed their party cadres, shrinking internal democracy within democratic political parties. People say this way the parties are promoting monarchic values within them.

UML secretary Padma Aryal says they want Oli to lead the party because he is a visionary leader.

There are supreme leaders in other political parties also. If Nepali Congress wins, Deuba is guaranteed another term as he has the support of over 80 per cent of his party members so anyone other than Deuba becoming the prime minister will be an anomaly.

Nepali Congress vice-president Dhan Raj Gurung says that this is due to a no change in political culture. “A lot has changed in politics including the system, but the culture remains the same,” says Gurung.

When it comes to smaller political parties, things are similar. The CPN-Maoist Centre claims to be the third biggest party in the country. But, if the party wins, like everywhere, Pushpa Kamal Dahal will be the prime minister again.

“We need to be aggressive. That is how we won the 2008 elections and that is what we will do now,” Dahal said at an event held in Kathmandu.

Even though the Maoists might look weak, they were quite huge during the 2008 election as they won more seats than the UML and the Congress’ numbers combined.

The CPN-Unified Socialist is not giving any new names as it is likely that Madhav Kumar Nepal or Jhala Nath Khanal will be put forward to become the prime minister again. This is the case in every other party where a few people only get to be the head of the country over and over again which experts claim is as undemocratic as it can get.

A senior leader of the UML, Ghanashyam Bhusal, says that the reason for this is citizens not utilising their sovereignty. He says this has rubbed off on in cadres of political parties too.

“If someone votes for a person, he’ll vote for that same person for life and this is wrong,” says Bhusal.

But Maoist leader Onsari Gharti Magar blames the parties and the lack of leadership to implement the democratic practice that they fought for.

“Democracy was hard to achieve in the country. But, what we had envisioned is yet to be fulfilled. When a party has to make a decision, it’s mostly made by a handful of people as other leaders are not consulted. This is practice is killing democracy,” says Magar.

The undemocratic trend can be seen in the general conventions of the three major political parties recently. The CPN-UML’s convention caused a scene as Oli proposed a list of 301 candidates he wanted as his party’s central committee members. A few people, including Bhim Rawal, opposed this and filed for candidacy. But, all of them lost.

A few months prior to this, Oli even dissolved the House of Representatives without even consulting it with his party members. Had he discussed it democratically in the party, this would never have happened.

“Nepal Communist Party would still be standing today had Oli not taken the decision in haste,” says Bhusal.

The Supreme Court turned his decision and reinstated the House, but Oli again dissolved it. Disappointed and angered by Oli, the UML split. But, with major leaders leaving, Oli was not disappointed as he had a stronghold on the party and its leadership positions.

“Dahal and Nepal are also the same,” says a UML central member. “They should have pushed for a general convention through which a new party leader could have been chosen. But, everyone was power-hungry and that resulted in the split.”

The Maoist convention on the other hand was just a mere formality as no one stood against Dahal. Like Oli, he also proposed a list of people whom he wanted to get elected unanimously. His stronghold is such that many leaders, including his one-time confidant, Baburam Bhattarai have already left the party.

This shows a lack of democratic practice within these political parties. The party presidents have been ruling the political parties like the kings once did. Deuba will have led Nepali Congress for 15 years. This, people say, will never encourage young people to get into politics.

“We have to be more democratic. If we don’t, people will always continue to question political parties,” says congress vice-president Gurung.

The root of instability

But, this has been the norm in Nepal’s political parties since a long ago, and it is unlikely to stop anytime soon.

In 1991, Girija Prasad Koirala-led Nepali Congress had a majority in the House of Representatives. But, Koirala dissolved the house in 1994 and held an election which brought the UML into power. But, the UML government did not last more than nine months.

Following that, Nepali Congress came to power again. But, it was not stable as people like Koirala; Deuba and late Krishna Prasad Bhattarai became prime ministers one by one. The power then came into the hand of King Gyanendra Shah.

When Shah was overthrown, the Maoists Came into power, but they did not last more than nine months.

Many blame India or China or the US for the government changes from time to time, but political analysts say the problem lies within the political parties. Politicians say that many leaders feel that they become powerful only when they become prime ministers. This is another mindset that needs to change; people are vying to become prime minister for the sixth time when the average term of a government is less than a year. In the last 13 years, the country has seen 13 different governments.

Such trends were usually seen when the head of the state was the king. But, when these are still happening when people are being elected through an electoral system, things clearly are wrong within political parties, say political experts. 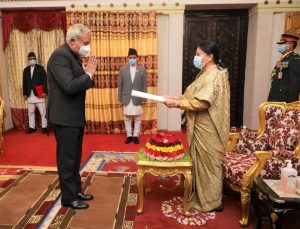