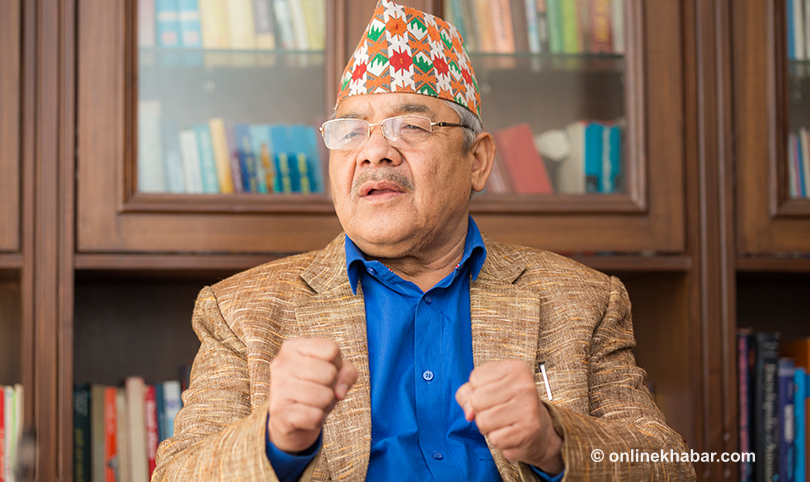 NCP leader Bam Dev Gautam has been nominated the vice-chair of Nepal Communist Party. The decision was made during the NCP’s secretariat meeting on Friday.

General Secretary Bishnu Paudel confirmed that Gautam had been nominated and that the proposal would be sent to the standing committee for approval. Previously it was reported that Gautam was not happy with party co-chair and PM KP Sharma Oli. Onlinekhabar has learnt that the PM himself suggested that Gautam be named the vice-chairman.

Even though the party statue does not have provisions for such as post, the secretariat made the decision and has sent it to the standing committee for approval.

A source close to the party said that PM Oli and Gautam have been holding talks regularly. The two had dinner on Tuesday and talked about settling differences. PM Oli has also requested Gautam to contest for the Kaski – 2 seat that has fallen vacant after the demise of Rabindra Adhikari.