Three airports in hilly districts of Sudurpaschim are resuming their operation after around 25 years.

Summit Air is flying to the airports in Doti, Baitadi and Bajhang starting this week. The company will conduct two flights every week to Bajhang and one flight every week to each of Doti and Baitadi from Dhangadhi.

Until the mid-1990s, the national flag carrier, Nepal Airlines Corporation, was conducting regular flights to these airports.

It has been learned that the newly scheduled flights will target domestic tourists. 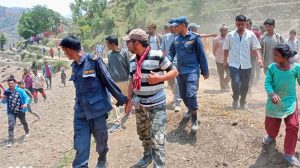