National weightlifter Sanju Chaudhary has been found dead in mysterious circumstances in the Lalitpur on Tuesday morning.

Chaudhary, a permanent resident of Nepalgunj, was residing with her relatives in Kathmandu. However, she was at the house of her coach Sanjaya Maharjan in Lubhu of Lalitpur last night.

SP Siddhi Bikram Shah of the Metropolitan Police Range in Lalitpur says she was found hanging inside a room, suspecting it was a suicide case. The room was locked from the inside.

There was, however, nothing such as any suicide note.

Chaudhary won a gold medal for Nepal during the 13th South Asian Games held in Kathmandu in December 2019. 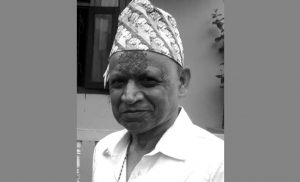 Udayapur: 3 members of a family murdered