File: Charles A Flynn, a US Army commander

Commanding General of the US Army Pacific, General Charles Flynn, is coming to Nepal on a four-day visit.

Flynn is coming to Nepal prior to the Nepal Army chief Prabhu Ram Sharma’s scheduled visit to the USA. Sharma is going to the US via countries where Nepalis are deployed as UN peacekeepers.

According to Nepal Army spokesperson Narayan Silwal, as of now, Flynn is only scheduled to meet Chief of Army Staff Sharma and no one else. 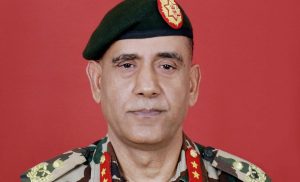